The Stages of Burgos 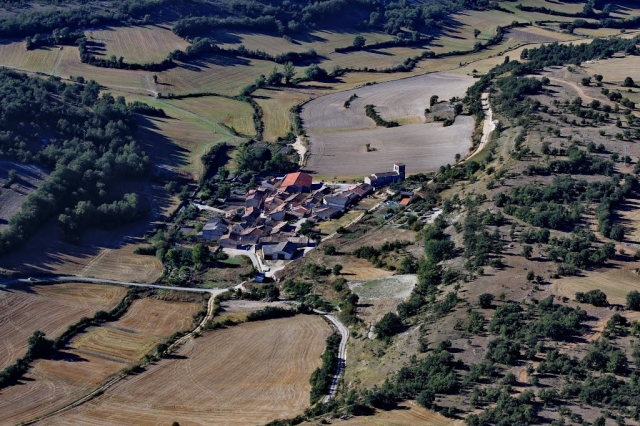 Main connections Via Burgos there are various national roads, motorways and carriageways that link the capital city with the surrounding area. It is well situated.

Burgos is well connected by bus to the most important Spanish cities. The main company that covers this route is Alsa. The bus station is located on Calle Miranda, 4 | (+34 ) 947 288 855.

The main railway lines that cross the province are the Madrid- Burgos line and that of Madrid - Valladolid - Hendaye. But also, Burgos has train connections via other main destinations of the country. The train station, known as Burgos- Rosa de Lima, is located to the north of the city, five kilometres from the historic centre. It is on Avenida Principes de Asturias, near to the neighbourhoods of Villimar and G -3.

There are several city bus lines that reach the station from the centre of Burgos. Namely the bus lines 25 and 43, which depart from the Plaza de España and, Line 80 with departure from the University.

Burgos Airport, of third category, is located four kilometres northeast of the city. It offers destinations to Barcelona and Paris and in summer time to Palma de Mallorca. The city bus line, number 24 reaches the airport. It departs from the Plaza de España. Schedules should be consulted because it only has one or two trips per day.

Burgos has up to 15 taxi ranks located throughout the city. The main modes of passenger transport such as: bus, train and plane have taxi rank at their doors. As do the majority of health centres. In addition, there are two other central locations where walkers can access a taxi these are in the Plaza del Cid or on Calle Vitoria (located on the pilgrim route). But pilgrims can also call Abutaxi (+34) 947 277 777 or Radio Taxi, (+34) 947 481 010.   For the transport of backpacks pilgrims have two options.

With the same rates and the same methodology another company that also transfers backpacks to pilgrims (and bicycles at a cost of 10 euros) is Globetrotte. The contact for Burgos is Luis Angel, (+34) 650 451 540 | luisacero2005@yahoo.es. 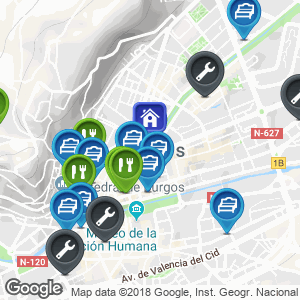