Why do the Camino de Santiago in October?

With the high season already finished, the autumn offers us a very different Camino de Santiago, away from the large crowds of the summer months, but with a very special charm. 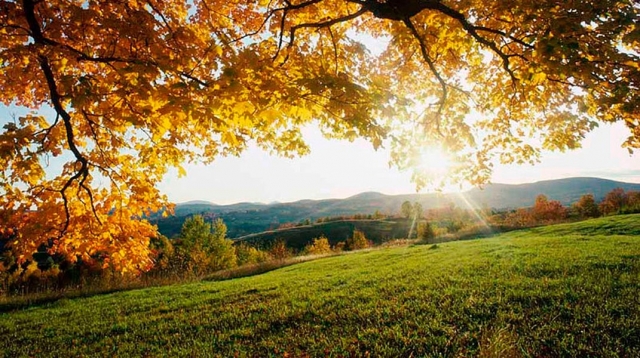 ✔ Why choose October to do the Camino de Santiago?

What is the best time of the year to do the Camino de Santiago? The truth is that it is difficult to give a precise answer because it depends on many factors: if we look for good weather, if we run away from the crowds or we want to avoid the hottest days of the year ... What is commonly accepted is that the most "comfortable" to travel the Camino are the end of spring (April, May), the beginning of summer (June) and the first weeks of autumn (September and October). The least recommended season, especially for our first time on the Jacobean route, is winter, due to the weather, which is much more complicated and the lack of services on a large part of the Camino de Santiago routes (many hostels close their doors).

Doing the Camino de Santiago in autumn is a great idea, and therefore, the month of October is one of the most recommendable of the year, since the pilgrim will find more advantages than disadvantages while walking. We review all of them below:

▷ Advantages of the Camino de Santiago in October

1. During this month forget about the agglomerations on the Camino

Normally in the second half of September the Camino empties of pilgrims; the holidays are over and most of us return to our obligations. In years with long summers (like the one in 2018), the high influx of pilgrims may last a few more weeks, but it is normal with the arrival of October the decongestion routes of walkers, however during the autumn the hostels usually remain open to give service to the pilgrims. For this reason, if we decide to do it in October, we will not have problems to find accommodation or to find places in shelters for saturation.

2. The weather is perfect for walking and the days are not as short as in winter

In the first weeks of October the temperatures decrease markedly in the northern half of the peninsula, so we can easily get on average of 16º or 18º, perfect temperatures for walking. The weather is much softer and more pleasant than the high summer temperatures and at this point the days are not yet so short, so we can walk with enough light from early in the morning, and take advantage of the afternoon if we want to visit any town.

▷ Disadvantages of the Camino de Santiago in October

1. Frequent precipitation begins in a large part of the Peninsula

On the downside, in October rainfall is becoming very common, not only in Galicia, but in other communities such as Navarra or Castilla y León. You must foresee many rainy days on your way to Santiago, many days with the overcast sky and the frequent visit of one of the pilgrims most unwanted travel companions: the wind. To walk protected, never forget a good raincoat (which also covers the backpack) and clothing with protection against the wind.

2. It is not easy to find a company to travel the Camino on these dates

Most of us can only concentrate a long holiday period at times of the year like July and August, it is a reality. For this reason and due to the good weather, the crowds arrive in the summer and not at other times of the year and that is why it is sometimes very complicated to set dates with people from our surroundings to leave everything for a few days and go for the Camino together. However, that does not have to throw us back, more and more pilgrims who decide to do the Camino de Santiago alone, aware that we are waiting for an infinity of pilgrims in our situation, wishing to join us walking.

What are the most chosen routes to do the Camino in October?

In October, pilgrims usually choose to travel the Camino Francés (64% in 2017), which crosses the peninsular north through the plateau from east to west, followed by the Portuguese Way (17%), which crosses Galicia from south to north to Santiago of Compostela. The influx in the rest of the routes of the Way of Saint James in autumn descends notably, since the climatology is not as friendly as in summer or the end of the first.

The weather on the Camino de Santiago in October

In Galicia, maximum of between 16 and 20º and minimum of between 7 and 12º depending, logically of the province that we travel. If we make the Portuguese Way we will find a milder climate, more sun and minimum and maximum temperatures slightly higher to the north of the province of A Coruña (English Way). The rains are a constant and the windy days are more frequent; at this time of the year the time on the Camino de Santiago begins to be increasingly adverse

In Castilla y León we will find maximums around 15º and minimum around 5º, however the rains will be sporadic (although more frequent than in summer), while the cloudy days are very frequent. The same can be applied to the area of La Rioja, while in the Community of Navarra the rains are more frequent and the average temperatures are around 5º lower as we approach the area of the Pyrenees.