How to get to Tui to do the Portuguese Way?

The Portuguese Way is one of the best prepared routes for pilgrims; It starts from the Galician city of Tui, which is well connected with Vigo. 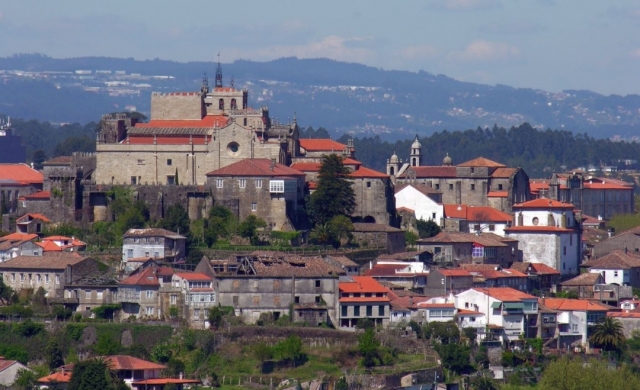 One of the less crowded and different routes that we can make to Santiago, is the Portuguese Way, which consists of 5 stages and 120 kilometers from the city of Tui. It is a short route, easy to make, well prepared for pilgrims who do not have much experience, and with enough travel to get the precious Compostela.

To get to Tui in the region of Bajo Miño, province of Pontevedra, perhaps it is best to start from the city of Vigo. Vigo is one of the best communicated Galician cities, by high-speed roads, rail networks and air routes. Madrid - Vigo by plane is a journey that only lasts 1 hour and 10 minutes, and from the airport you can reach the city center by public transport in a simple way (it is located on the outskirts at approximately 10 km). Every day 3 to 4 planes leave from Madrid to Vigo.

From Madrid to Vigo by train, depending on the route, it can last between 6 hours and a half to 8 hours. Be careful, because some trains may take longer. So make sure you choose the train at Chamartín Station well. There may be 3 to 4 trains every week, although weekends are fewer options.

By car, the shortest route is choosing the A-6 and A-52, about 5 and a half hours, but some tolls will have to be paid on the way.

From Vigo to Tui to do the Camino de Santiago

If you decide to drive from Vigo to Tui, or someone is going to take you, the ideal and the route we recommend is to take the A-55, for its speed and for not having to pay a single toll. You must border the city on the AP-9, take exit 159B to join the A-55 that will take you practically to Tui. In the surroundings of Tui you must take exit 29 in the direction of PO-340, which takes us directly to the center of the Galician city that borders Portugal.

Vigo is also connected to Tui by public transport, including buses and trains. We recommend this last option for pilgrims, it's much more comfortable and faster. Every day two trains that arrive at Tui in 45 minutes depart from Vigo-Guixar Station, with a price of less than 5 euros per adult. The schedules may vary, but they dream of leaving from Vigo between 9:00 and 10:00 in the morning, and in the afternoons from 6:00 PM to 7:00 PM.

Once in Tui we recommend you follow our Portuguese Camino route so you don't get lost and plan the trip well.