Get your twenty-fifth compostela after 100 kilometers in three days

Angel leaves Lugo on Monday and, after traveling three stages and 100 kilometers, arrived at Santiago de Compostela to collect his twenty-fifth compostela 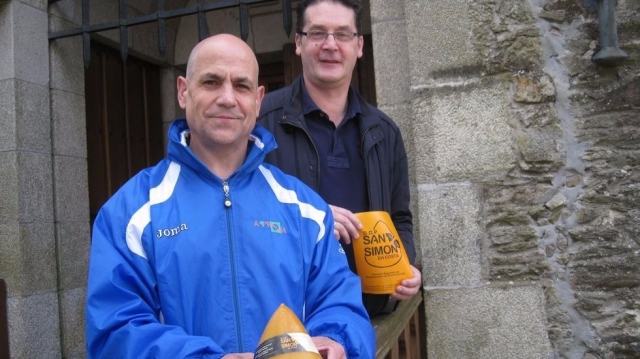 No doubt there are people of sterner stuff, experienced pilgrims who probably have caught the measure to the Camino de Santiago better than 90% of the travelers, and one of them is a Vilalba Angel Campos. Experienced this pilgrim arrived in Santiago yesterday afternoon after traveling 100 kilometers in just three days.Angel Lugo left on Monday and, after traveling three stages (Lugo-Seixas, Seixas-Arzúa Arzúa and Santiago), came to Santiago de Compostela to collect his twenty-fifth compostela.

The Vilalba began its journey in the Camino Primitivo then join the French. 100 kilometers were not easy for the expert, for time in Galicia, during the last days, was not particularly good.Angel Campos had now intend to make the route from Oviedo to Santiago along the Camino Primitivo, however, have changed plans and will have to leave this tour for later.