Lugo is the capital of the Primitive Way in Galicia. This city of almost 100,000 inhabitants has a great deal to offer travellers. 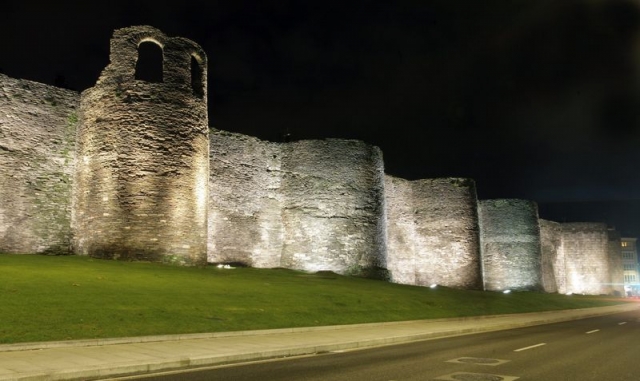 From fine dining to walks on the top of its Roman walls surrounding the City, two kilometres in total and, of course, around the historic centre of Lugo itself, a city steeped in heritage. Those continuing the Camino should cross the Porta do San Pedro (or Toledana) and enter, via the street of the same name, the historic heart of the city.

El Coqueto the public albergue is also located in this area and perhaps one of the best restaurants of the city, also located here is the cathedral dedicated to Saint Maria and the main square (Plaza Maior). The Primitive Way-signposted by bronze scallop shells on the ground-passes through the walled enclosure from East to West. Abandoning the city through its oldest gateway, the Miña. In this stretch pilgrims can enjoy the highest quality cuisine and see the historic footprints left in the ancient city.

Distance to Santiago On the demanding but quiet and peaceful Primitive Way, Lugo is located one hundred kilometres from Santiago. Pilgrims departing from here will thus complete sufficient kilometres to merit the Compostela. The signposts for the Camino in the historic centre of Lugo are similar to those found in Oviedo: Bronze scallop shells engraved on the pavement. If it rains or snows they can be difficult to see.

Lugo has two main fiestas a year. The first is Arde Lucus. During this festivity the entire city remembers, over four days in mid June, its roman past. The other main festivity is that of San Froilán and from the 5th of October the walled city becomes the party capital of Galicia.

Distance from the Camino de Santiago from Lugo

If you are traveling on the Camino de Santiago or are planning to do so soon, you should know that the distance separating Lugo from Santiago de Compostela is 100 kilometers. 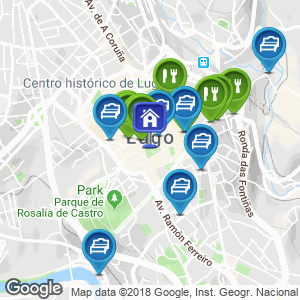