Before arriving in Santiago, the Camino Francés has its last stop in Santa Irene, a place of great natural beauty 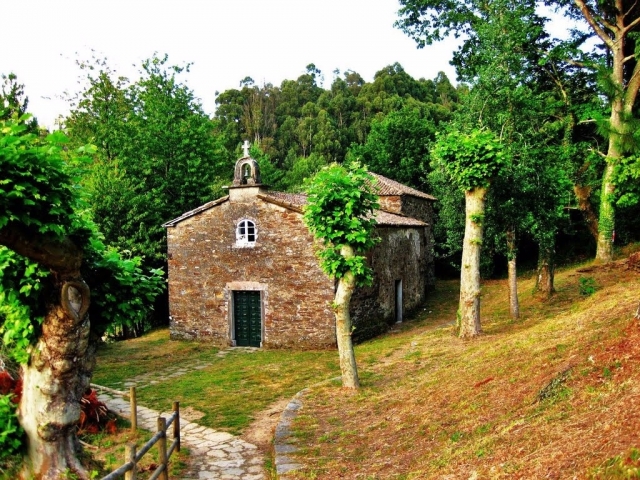 In the town stands out its chapel consecrated to San Pedro, which is dated from the end of the seventeenth century, this being a private property without worship and housing every year, on June 29, the celebration of the pilgrimage of San Pedro. Historical documents highlight that in 1808 Napoleon's troops, on their way to Santiago, entered and robbed in this chapel before going to sleep in the atrium of the parish church of Arca.

Another outstanding construction of this locality is the source, known as the Fountain of Eternal Youth. This fountain is located near the chapel of St. Irene, and according to legend, whoever is washed with his water, will always remain young. Many other legends have arisen from this source, in which was previously located an image of Santa Irene, stolen in the 80's.