Gaes Pilgrim Race: a mountain-bike race along the Camino de Santiago in Madrid 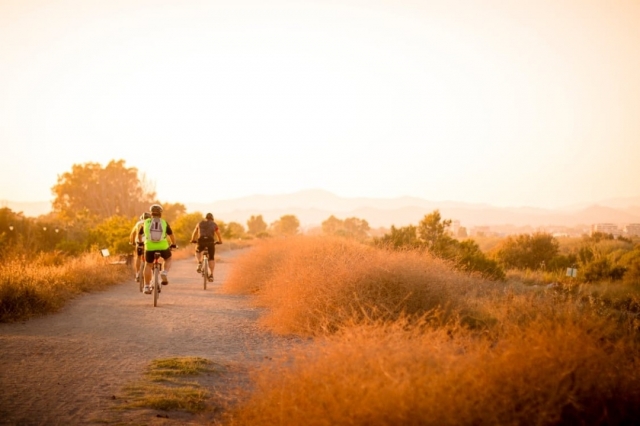 During 725 kilometers divided in eight stages, from Madrid to Santiago de Compostela, from July 16 to 23 will be held the mountain bike test 'Gaes Pilgrim Race'. This is an initiative of the Ministry of Culture and Tourism of Castilla y León that has been presented by the Director General of Tourism of the Board, Javier Ramirez, seeking to promote the promotion of tourism products specialized in the region and "energize the rural environment "In which the test will be developed.

The 'Gaes Pilgrim Race' will take advantage of the layout of the Camino de Madrid as a test route; The route crosses the Sierra de Guadarrama to enter in the province of Segovia, to continue until Valladolid and Leon and finally to join the French Way in Sahagún, and way of Santiago de Compostela. The project, according to its organizers, will combine tourism, sport and culture, traversing a route with a long historical tradition as is the Camino de Madrid, as well as being equipped with an important organizational infrastructure, with base camps and checkpoints with supplies for participants .

Although there are many ways to get to the Camino de Santiago from Madrid, Madrilenians have a Jacobean route that leaves from the capital, although much more unknown in our days than other great pilgrimage routes like the French Way or the Portuguese Way.