As many of you know, Atlantis may have been submerged after a natural disaster, probably a tsunami triggered by an earthquake or a volcano

Atlantis is probably one of the most famous mythological civilizations and cities. It was an island with an advanced and rich civilization that was mentioned and described in the texts of the Greek philosopher Plato. For hundreds of years, adventurers and archaeologists seek the ruins of this impressive civilization in different parts of the world although, of course, there are many who think that Atlantis never existed too. However, think and believe it is obviously much more beautiful and interesting. 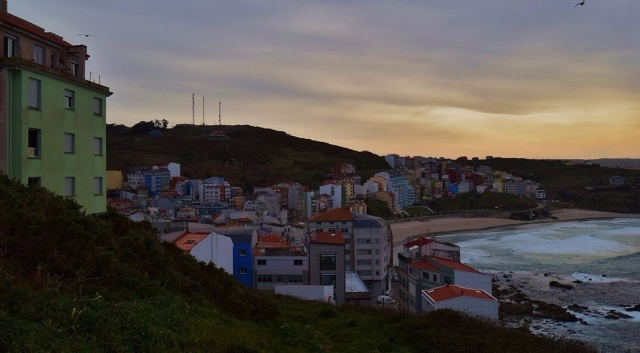 There are few that put Atlantis in different parts of Spain, mainly in the marshes of Doñana, where it seems confirmed, due to remains of buildings, there lived a major civilization. If it is a true story or a story of Plato it is something that, today, we can not know ... but we can tell you one of the most famous legends of Galicia and has been collected in several books and publications. Is the Atlantis could be in Galicia?

As many know, Atlantis may have been submerged after a natural disaster, possibly a tsunami triggered by an earthquake or a volcano, in the Atlantic Ocean or, according to other opinions, in the Mediterranean Sea. According to Plato, the Atlanteans had been punished by the gods. However, for veterans sailors the seaside village of Malpica, Atlantis is still very real, and indeed is visible on certain occasions.

The fishermen of this popular village of the Costa da Morte, 52 km of La Coruna, know that 10 miles to the west, can be a great boulders protruding above the sea. Sometimes, according to the tide, they can be seen in these rocks large stone walls and even stairs.These remains belong to a large town or city that could be swallowed up by the sea, and there are few that relate directly to the legend of Atlantis.

According to the legend of the fishing village, the gods allowed the good people of Atlantis had time to escape the city before being flooded. In fact, stone fled in boats to the east, reaching Galicia. Many became saints, and formed the great shrines of the Galician coast: San Adrian came to Malpica and San Andres Teixido, among others.