Not every road is dangerous, but there are areas of risk that the Association of Friends of the Portuguese Way has reported on several occasions in recent years 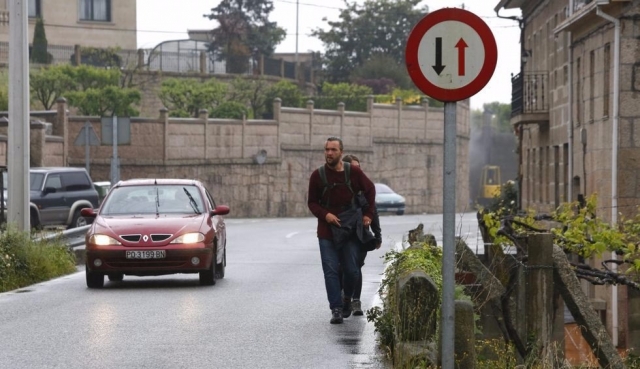 Thousands of pilgrims every year cross the province of Pontevedra thanks to the call Portuguese Way to Santiago de Compostela. The latest data point to a total of 45,000 people over the past year 2015, however, the route in the province remains as dangerous as in 2007, says the president of the Association of Friends of the Portuguese Way, Celestino Lords.It was in that year when from the association "began to denounce the serious risks in some of these points."

The Portuguese Way in Pontevedra takes place mostly on the edge of the N-550 road, accumulating lots of spots. Not every road is dangerous, but there are areas of risk that the Association of Friends of the Portuguese Way has reported on several occasions.The road must be traversed several times by pilgrims, so high or underpasses should be made, in the opinion of Celestino Lords. In Mos (where you have to save a median) in Redondela, in Cesantes in Arcade or Caldas, pilgrims must cross the road even without any zebra crossing to do with some security.In some parts of the N-550 pilgrims they should even walk on the road, without any curb or even roadside.

The most sensitive points are located in the city of Pontevedra, in and out of the city. In Tomeza is a section that lacks safety measures for pedestrians, having to take a detour of 1.5 kilometers. However, the worst point is in the parish of Alba, where pedestrians and vehicles share road in the narrow Bridge of San Caetano, where barely fit two cars and a pedestrian. "The risk there is greater If there traffic is better not to go. We are still waiting a solution.