Is the Camino de Santiago overcrowded?

More than 200,000 pilgrims set a new record this year in the Camino de Santiago but, is this model sustainable? 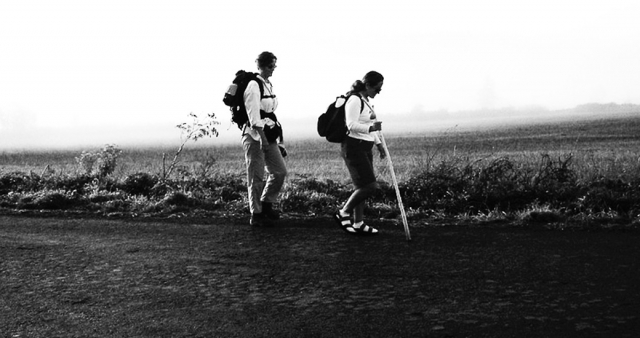 As some of you already know, last September 1 came to the cathedral of Santiago de Compostela pilgrim No. 200,000 of this 2016, a number that has been achieved much earlier than other years. Galicia this year also pointed record of tourists; top quality beaches, top gastronomy, great cultural and natural heritage, pleasant temperatures and of course, the goose that lays the golden eggs, the Camino de Santiago, have left a summer of numbers that are not remembered. Was everybody in Galicia this summer?

However, the attraction and popularity is making the Camino de Santiago in recent years is massifying some routes, such as the French Way, which in the months of July and August brings together many thousands of pilgrims, so problems arise to find accommodation spaces, among other things. We do not tell us, it is simply a reality that you told us every day on social networks both veterans who are being walking the Camino for years, such as those of you who walk for the first time.

Many pilgrims have told us that as the biggest influx of pilgrims is in the French Way, is as easy as choosing other routes like the Northern Way, the Primitive Way or Portuguese Way if you're looking for is the "original experience" of ancient pilgrims and do not like crowds. However many you have expressed your displeasure us that the authorities do not bet on sustainable tourism in the pilgrimage route and "held" each year data record.

Do you think that Camino de Santiago is crowded? Does it ruin your experience finding more and more pilgrims walking in the summer months? We want to know your opinion and know your experiences, especially if you have done the Camino this summer in peak season.

Fer de Argentina 16/11/2018 15:06:02
0
@Helle, the best thing you all can do is walk as pilgrims from Pontevedra to Santiago, stay in public auberges, carry your own backpacks et al. There's nothing more sustainable to learn about mobility. Watch the landscapes, talk to people, learn history and arrive to Santiago. More politicians should do this. Buen Camino!
0

Helle 15/11/2018 09:07:01
0
Does anyone know of any good people/places to visit when I bring a group of danish politicians to north of spain for a field trip. The main focus is on sustainable mobility, and we will therefor spend some time in Pontevedra. However we are also interested in learning how to tackle overtourism. More specifically how to balance the needs of visitors and citizens. We are therefor considering a visit to Santiago de compostella or the surrounding municipalities. Who should we meet and what excamples should we study when visiting northern spain? If you dont know anything about this, maybe you can send me in the direction of someone who might have input? Thanks in advance and kind regards! Helle hna@seismonaut.com
0
4
Latest blog
Tips
Curiosities
La Voz de Galicia La Voz de Asturias