Legend of San Virila: the great siesta of the abbot of the Monastery of Leyre

According to this local legend, this abbot of the Monastery of Leyre lived for centuries thanks to a siesta 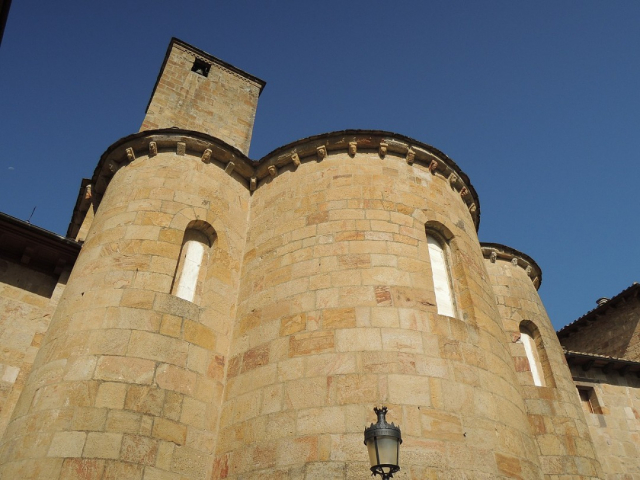 The places through which the Camino de Santiago passes are full of legends of all kinds, many of them have their origin in ancient pagan traditions, but many others involve stories related to the Christian faith.

Virila was the abbot of the Monastery of Leyre, one of the most important monasteries in the Kingdom of Navarre during the Middle Ages. This abbot lived at the end of the 9th century and according to legend, one afternoon he decided to go for a walk in the majestic forest next to the monastery.

At one point when he had stopped to rest by a fountain, while meditating on eternal life, the abbot heard the song of a nightingale which caught his attention. He was so struck by the beauty of the bird's song that he fell asleep.

After waking up from a long nap, Virila returned to the monastery, but when he saw it, it was very different. The Monastery of Leyre was much larger than when he had left and had annexed areas that were not there before. Once inside, he did not recognise any of the monks there either, nor, of course, did they recognise him.

The long nap of Saint Virila

The monks began to investigate who this man was who claimed to be the abbot of the monastery and after a long search in the monastery archives, they found that Virila had been the abbot of Leyre 300 years before, until one day he disappeared in the forest. 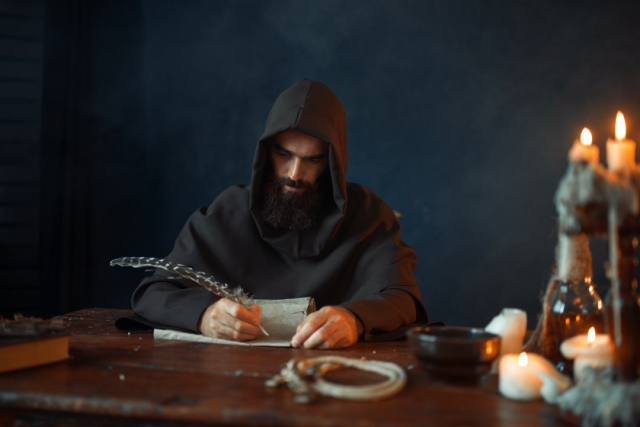 Due to the great commotion caused by this news, all the monks immediately went to pray in the chapel. During this service, the vault of the church was opened and a divine voice was heard saying:

"Virila, you have spent three hundred years listening raptly to the song of a nightingale and it seemed to you a brief instant. Imagine what an adventure it will be in Heaven, contemplating the Glory of the Most High with all your senses, so that you will enjoy eternal bliss with no room for fatigue or weariness".

After this, a nightingale flew into the chapel, carrying the abbatial ring in its beak. It placed it on Virila's finger and he was once again appointed abbot of the Monastery of Leyre, a position he held until his death in 950.

The reality behind the legend

The only thing that is known for certain about Abbot Virila is that his signature appears on a document dating from 928 and that the cult of his figure began at some point in the 12th century, but always at a local level. Nowadays his relics are kept in the Monastery of Leyre itself and every 3rd October a feast dedicated to him is held.