Maps of the Camino de Santiago | All pilgrimage routes

Although there are some with more tradition and popularity than others, each and every one of them has a great historical value. 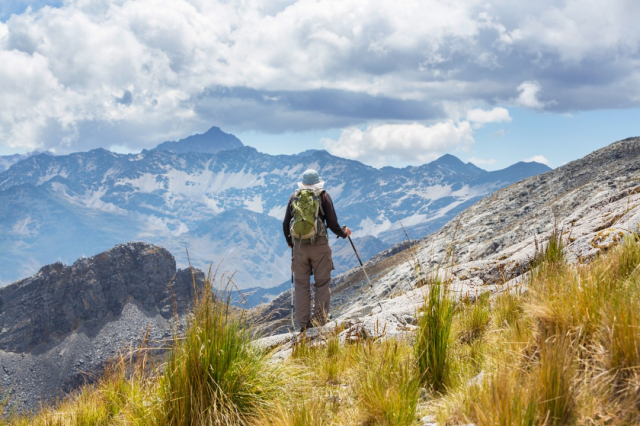 The discovery of the remains of the apostle led to the creation of the Camino de Santiago, and as a result, a whole Jacobean phenomenon that has lasted for millennia. Millions of people from different origins continue to leave their footprints through the historic routes to reach the Cathedral in the Obradoiro square and worship him, finding in this way multiple starting points from Spain and in much of Europe.

With the news of the discovery of the remains of St. James the Greater becoming more and more widespread, in the Middle Ages there were many faithful who visited the remains daily to pay their respects. This tradition continues today, and although today the reasons for walking the Camino de Santiago are varied, all pilgrims will agree that it is a once-in-a-lifetime experience.

List of all the pilgrimage routes to Santiago de Compostela

The Camino de Santiago is made up of a complex network of pilgrimage routes of medieval origin. The list of alternatives to get to Santiago de Compostela is built by a great diversity of paths. Although there are some with more tradition and popularity than others, each and every one of them has a great historical value. In order to make it easier to understand them, below we will show all the pilgrimage routes together with their map.

The French Way, popularly known as the main street of Europe, is probably one of the routes with the greatest historical tradition of the Camino de Santiago. Being one of the busiest paths, it starts from France, crosses the Pyrenees and crosses from east to west the Iberian Peninsula. With a route of approximately 800 kilometers, the pilgrimage from the French region has been uninterrupted since the 9th century.

The Camino del Norte is also known by other names such as the Camino de la Costa. This is because the route basically runs along the entire Cantabrian coast on the northern margin of the peninsula. Considered as one of the most beautiful routes of the Camino de Santiago, as it borders all of Green Spain, it runs from Irun (Basque Country) and passes through Cantabria, Asturias and finally enters the magical Galicia.

The Vía de la Plata is the set of several Roman roads thousands of years old. It is the most important route in the Hispanic West, as it was used both for the Muslim conquest of the Iberian Peninsula and for the Christian reconquest of the territories. With more than 700 kilometers divided into 27 different stages, the Silver Route starts in Seville, visits Extremadura, Castile and Leon, Galicia and is loaded with a great historical and cultural heritage.

The Primitive Way owes its name to the fact that it is one of the oldest routes since the whole Jacobean phenomenon originated. Following in the footsteps of the first pilgrims in history, it is one of the most beautiful and demanding routes of the Camino de Santiago. Also called Camino del Norte-Interior or Camiño de Oviedo, it starts at the foot of the Cathedral of Oviedo and passes through the interior of the Principality of Asturias.

The Portuguese Way is another of the medieval variants to reach Santiago de Compostela. It runs from south to north of the Portuguese country and enters the Galician region on the banks of the river Minho. It is one of the most important and longest Jacobean routes, since it starts in Lisbon and crosses several emblematic cities of Portugal until it reaches Galicia.