The pilgrimage to the Monastery of Santo Toribio is done to contemplate the largest piece of the Cross of Christ preserved. 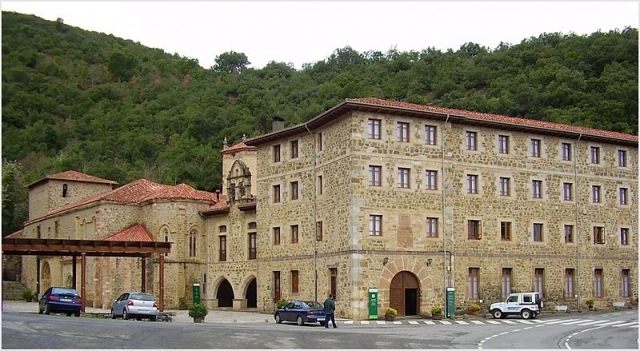 Although most of the routes in the Iberian Peninsula go in the direction of the Cathedral of Santiago, there are many other religious pilgrimage routes in Spain. One of them is in the northern part of the peninsula and links San Vicente de la Barquera with Santo Toribio, as is the Camino Lebaniego.

History of the Camino Lebaniego

Liébana has been celebrating its Jubilee period since 1512. A route with hundreds of years of history to Santo Toribio de Liébana, where pilgrims hoped to find the largest relic of the Cross of Christ, the Lignum Crucis. Legend has it that the cross used by the Romans to crucify Christ was divided into several pieces, located in important points such as Jerusalem or Rome.
The pilgrimage to the Monastery of Santo Toribio began after the bull of Pope Julius II, which in 1512 made official the celebration of the Lebaniego Jubilee Year. From that moment on, this enclave became an important pilgrimage center thanks to the preservation of the largest piece of the Cross of Christ. The pilgrims who walk to see this relic are known as crucifixes, and the Jubilee Year is celebrated whenever April 16 (Santo Toribio) falls on a Sunday.

Stages of the Camino Lebaniego

Credential and Jubilee Year of the Lebaniego Way

The Jacobean routes closest to the Lebaniego Way