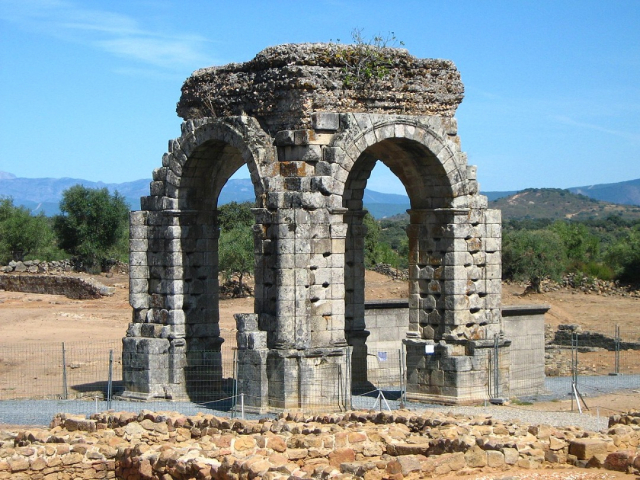 The Roman civilisation has left countless architectural wonders throughout the length and breadth of our country. We can find remains of roads, temples, aqueducts and much more. As usual, on all the routes of the Way of St. James we can find many of these vestiges of the Roman period, such as the Arch of Cáparra.

This arch was in the ancient Roman city of Capera or Cáparra, which was located in the middle of the Silver Way, a route of the Pilgrim's Way that follows the route of an ancient Roman road. This city was closely linked to this road and when it began to lose importance, the city fell into decline. Today we can visit its ruins, located between the towns of Oliva de Plasencia and Guijo de Granadilla.

The arch dates from the 1st century and is the most outstanding feature of this historic complex. It is also the only four-sided arch, or quadri-fronted arch, that can be found in Spain today. It was located in the centre of the city, next to the other important monuments in the city.

This monument consists of four pillars supporting four semicircular arches. Each pillar sits on a base topped by a cornice. The remains of several pedestals that once supported statues can also be found next to it.

The weather in Oliva de Plasencia 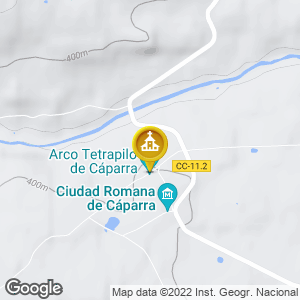