The Stages of Redondela

Given the short distance to other locations such as Vigo and its situation, in parallel to Pontevedra and Santiago, Redondela boasts excellent connections.

By road it can be reached via the N-550, the N-552 and the N-555. Redondela is also connected to Vigo and the north of Galicia via the AP-9, there is an exit for this location from this motorway. Thanks to the short distance to Vigo it is very easy to connect from Redondela to Portugal, along the A-55 towards the north or through the plateau, along the motorway Rías Baixas A-52, which, joins the A-55 close to O Porriño.

By train it is possible to reach Rednondela without a problem, given that the town has two station stops. One of the stops leaves visitors directly in the urban centre. There are connections with Vigo, from where travellers can find connections to other main locations on the peninsular, such as Madrid or Barcelona, and to Santiago and the Atlantic axis. Consult timetables on the Renfe website.

By bus it is also easy to reach Redondela. There is a line that connects travellers to Tui, Vigo and, Pontevedra, a service that is covered by the company Castromil. It is also possible to reach Vigo with some of the services provided by the company Autos González and to Pontevedra and the interior councils of the province with the company Raúl. 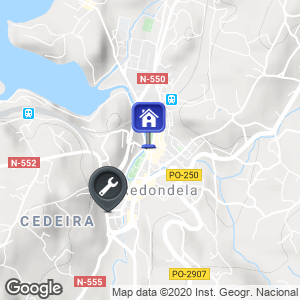