The route of Father Sarmiento is a very important alternative route in terms of the history of the pilgrimage. 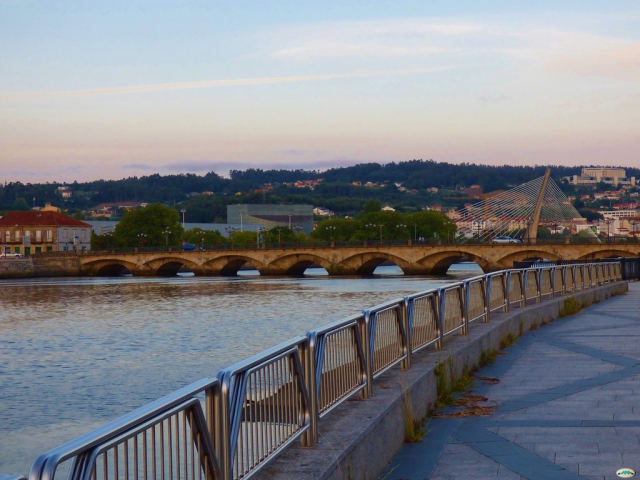 The route of Father Sarmiento is a historical route that runs along the coast.

The route of Father Sarmiento is a very important alternative route in terms of the history of the pilgrimage. Memories tell that Pedro Xosé Balboa, popularly known as Fray Martín Sarmiento, was born in Villafranca del Bierzo. His family, of noble but humble origins, moved to Pontevedra a few months after his birth, where he spent most of his childhood.

In 1710 he moved to the Convent of San Martín de Madrid with the purpose of knowing and taking the Benedictine habit. 35 years later Fray Martin Sarmiento returned to his homeland to make a pilgrimage to Santiago de Compostela, but marking his own path. The Dominican monk of Galician origin traveled the entire coastline between Pontevedra and Padrón, and left it written in a detailed book called "Viaje a Galicia" (Journey to Galicia).

This historic journey of thousands of years old and about 170 kilometers long crosses several municipalities full of nature, tradition and culture. On its way we find as protagonist the Salnés region, which allows us to discover incredible maritime panoramas, an exquisite gastronomy and numerous legends. Very close to its final stretch it connects with the spiritual variant of the Portuguese Way, a journey of just over 70 kilometers divided into three simple stages.

Why choose the route of Padre Sarmiento to do the Camino de Santiago?

The route of Padre Sarmiento is, without a doubt, a route that offers everything you would expect from a trip to Santiago de Compostela. On the one hand, it should be noted that the route runs along almost the entire coastline of Salnés. Not only are unforgettable scenic attractions guaranteed, but we will also have within our reach a rich Galician culture and tradition. On the other hand, the route offers a lot of history, since it is nothing more and nothing less than the itinerary that Fray Martin Sarmiento made to reach Santiago.

To all this we must add the fact that it is a truly simple route to carry out. The route of Father Sarmiento runs along nine stages on flat terrain, so it can be done easily both on foot and by bicycle. Starting from Pontevedra to Padrón and finally to Santiago de Compostela, pilgrims can expect a journey of about 173 kilometers.

All the stages of the Padre Sarmiento route

The route of Padre Sarmiento begins specifically in the square of the Church of La Peregrina and advances through picturesque places along its first stage until it reaches Sanxenxo. From here, a journey of more than 170 kilometers awaits us with a total duration of about 45 hours. Its difficulty is really easy, so it is a perfect way to get to Santiago de Compostela from Pontevedra.