Spiritual Variant of the Portuguese Way

A journey of just over 70 kilometers divided into three simple stages: the first two are traveled on foot, and the third and last one by boat. 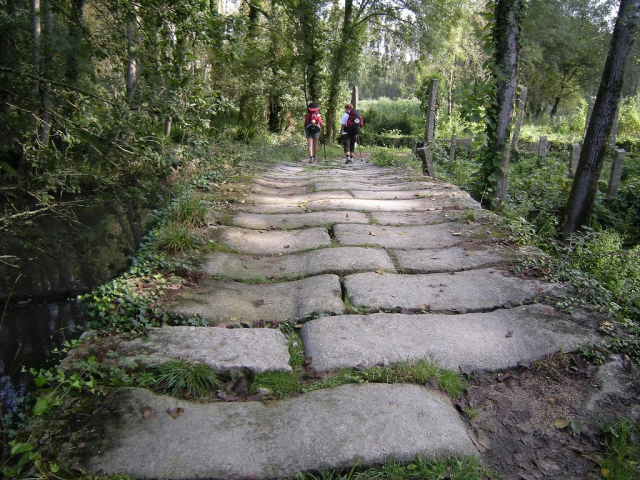 The Spiritual Variant that connects the Portuguese Way with the Traslatio route.

The Camino de Santiago is a Jacobean phenomenon formed by multiple routes that aim to reach the city of Santiago de Compostela. It is a historic journey that leads pilgrims to visit the remains of St. James the Greater, but the reasons for undertaking this adventure go beyond the universal beliefs of today.

Historically the French Way was the main route to reach the Galician capital, but today the Way of St. James refers to all the existing Jacobean Routes throughout the peninsula. The Portuguese Way is one of them. It extends northward from Portugal to enter Galicia on the banks of the river Miño through 5 stages, but it has some interesting alternatives such as the Spiritual Variant.

The Spiritual Variant does not have the same popularity of other routes, but due to its different peculiarities we find it a very attractive option for pilgrims. This alternative of the Camino de Santiago connects the Portuguese Way with the Ruta Traslatio, also popularly known as the 'Route of the Sea of Arousa and the Ulla River'. It is a route of about 73 kilometers that starts in Pontevedra and ends in Pontecesures to finally continue with the historic Portuguese route.

Why choose the Spiritual Variant of the Portuguese Way?

The spiritual variant of the Portuguese Way is one of the best options to reach Santiago de Compostela. On the one hand, it should be noted that we are in front of a journey of just over 70 kilometers divided into three simple stages. We must also add the fact that the first two stages are done on foot, and the third and last one by boat. And as if this were not enough, it follows the same route that the remains of the apostle traveled on his journey to Santiago.

The great characteristic and peculiarity of this alternative route is that during the first two stages that cross Pontevedra, A Armenteira and finally Vilanova de Arousa, pilgrims can enjoy beautiful landscapes such as the panoramic views of the region of O Salnés. The final stage is from Vilanova to Pontecesures, navigating the waters of the Ría de Arousa and concluding in the Ulla River.

The stages of the Spiritual Variant of the Portuguese Route

The stages of the Spiritual Variant of the Portuguese Way are divided into a total of three stages. The first two are on foot, and together we expect a walk of about 45 kilometers through forests and fantastic beaches. The last stage has 27.7 kilometers that can be enjoyed by boat. Once disembarked in Pontecesures, pilgrims must follow the Portuguese Way to reach Santiago de Compostela.