In the Cantabrian capital there is a medieval cathedral of great architectural and tourist interest, since its exterior appearance has nothing to do with the imposing facades of other churches on the Iberian Peninsula. Located right in the heart of the city and next to the Paseo de la Pereda, the cathedral dedicated to Our Lady of the Assumption is one of the most attractive symbols of Santander and one of the monuments with a rich historical aspect.

The Cathedral of Santander dates from between the end of the 12th and 14th centuries. It was built over an old monastery and originally served as the city's main abbey. The church was built on a hill surrounded by water, so thanks to its unusual strategic conditions, it became one of the most important enclaves of the capital during many medieval centuries.

Its architectural value was recognized by declaring it a national monument

The Cathedral of Our Lady of the Assumption deceives all the tourists who visit it. Although its exterior appearance may seem unattractive, once inside you can observe impressive naves and enjoy a walk through the spectacular corridors of the church. One of the main reasons why the appearance of the facade is so sober is due to the great amount of reforms it has suffered since the beginning of the century of the Middle Ages, as well as a fire that caused a very complicated reconstruction.

In short, the Cathedral of Santander offers great amazement to both tourists and art lovers. Its value has grown by leaps and bounds over the years, and today it is a national historical relic. If we enter between the corridors we will find one of the most interesting zones of the complex, the Low Church. Also we will discover the High Church, which constructs the temple and finally a beautiful cloister of Gothic style. 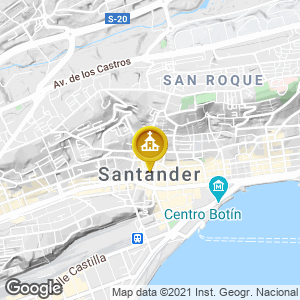