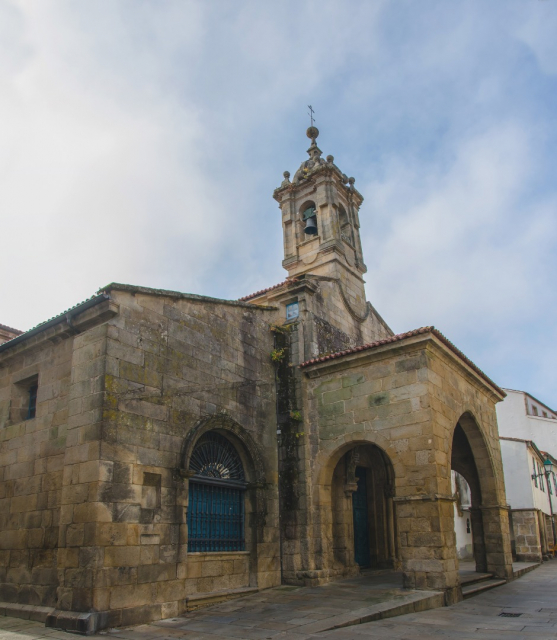 The church of Santa María Salomé is located in A Rúa Nova, one of the most emblematic streets of Santiago de Compostela. Dating from the 12th-18th century, and of undoubted Baroque style, it is one of the churches that Archbishop Xelmírez had built in the 12th century. Only the cover and some more details remain from this period.

This medieval church was founded by Pelaio Abad, and later, it was reformed in the seventeenth century, when the Chapel of Solitude was added, which is located in the arm of the transept. The construction is square with arms that start from four semi-circular arches. While the half-orange dome, supported by pendentives, is decorated with shields.

Church of Santa María Salomé: Dedicated to the mother of the Apostle Santiago

One of the highlights is that it is the only Spanish church dedicated to the mother of the Apostle Santiago and Saint John the Evangelist. On the cover you can see an archivolt with a seated image of the Virgin, from the 14th century, and on both sides, statues of the Virgin and the angel of the Annunciation from the 15th century.

Inside Santa María Salomé there are some baroque carvings from the Compostela school. On the outside, its bell tower stands out, built in the 18th century. It is a clear example of the popularity of the church of San Fiz de Solovio with its bell tower. 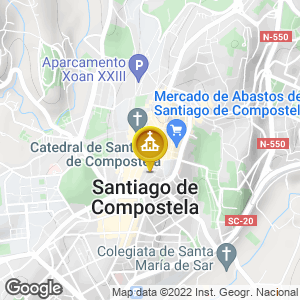