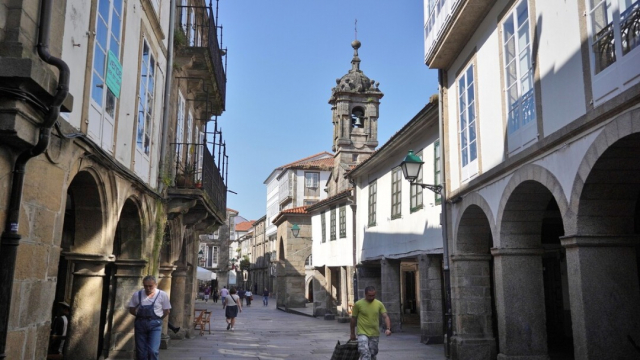 Rúa Nova was one of the streets that made up the old city that formerly made up the Galician capital, proof of which is its current appearance and the characteristic arcades that can be found in a large part of the old city of Santiago. In them every day a market of all type of clothes is celebrated, that combines with the rest of stores of all class that are located throughout this street.

Rúa Nova, a street that was named after the 12th century, is also known for being home to some of the city's most emblematic sites. In addition to the main theater of Santiago and the Centro Dramatico Galego, there is the church of Santa María Salomé, the only church dedicated to the mother of the Apostle, and the Palace of Santa Cruz, from the 19th century. The Casa das Pombas, built in the 17th century, is also located there, as well as the Vetusta bookstore, a store already considered an icon within the old town of Santiago de Compostela. 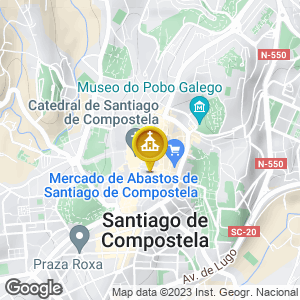