One of the most important pictorial and artistic cycles of prehistory is located in the north of Spain, exactly in the cave of Altamira, within the municipality of Santillana del Mar. In this natural cave, a large mural of prehistoric paintings and engravings is preserved, being this cave the reference point for all the Paleolithic cave art of the Cantabrian coast, declared a World Heritage Site by Unesco.

Located about 2 kilometers from the center of Santillana del Mar, the cave of Altamira has become one of the most emblematic places of the entire Cantabrian community. It was not until 1868 that Modesto Cubillas discovered its existence, which led Marcelino Sanz de Sautuola y Pedrueca to begin excavations in the cave until he found the treasure inside.

The cave of Altamira and Paleolithic cave art

Since its discovery in the mid-19th century, several excavations have been carried out inside the cave of Altamira. There have been found engravings belonging to the Solutrense and Magdalenian periods mostly, but also from other periods such as the Aurignacian and Gravetian, being a trace of human presence between 35,000 and 11,000 BC.

Any tourist or pilgrim coming from the Camino del Norte, who wishes to visit the Altamira Cave, should know that the original cave is practically inaccessible to everyone. Only 5 people a week are allowed to enter with special clothing, as long as the cave is not closed for any particular reason. However, you can access a recreation of the cave itself that is located a few meters from the original cave, so you can observe this prehistoric art without damaging the original painting.

The weather in Santillana del Mar 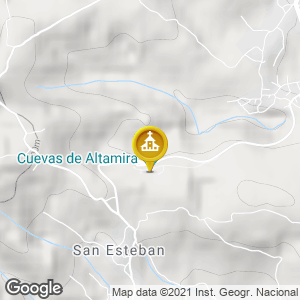