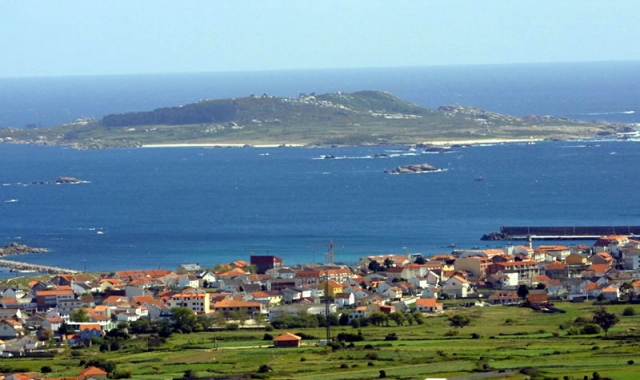 Aguiño is a small fishing village situated at the southern most point of the northern banks of the river mouth of Arousa, the richest for fish in Galicia. Its small port experienced a fishing boom during the last decades of the XX century. Two small companies offer sea routes. Among those offered via Mar de Aguiño and Caminando por el mar the excursions to nearby islands like Sálvora stand out. Also those that follow the footprints of the Apostle and retrace the river Ulla to Pontecesures to complete the famous pilgrim sea route. It is a legendary route and one-that which retraces the journey of the body of Santiago- that can be done in a morning or an afternoon and takes more or less three hours.

Departure times will depend upon arranged trips and tide times; a part of the excursion is conducted along the riverbed and as such is affected by low and high tides. If departing from Aguiño, the first location seen is Sálvora. Then Castiñeiras. The Camino can also begin in Ribeira (30,000 inhabitants). In fact the credential that, later permits pilgrims to receive the diploma (unofficial and not recognised by the Archbishop of Santiago) in Padron should have it stamped there, in the tourist office situated close to the bus station, on the outskirts of the port. 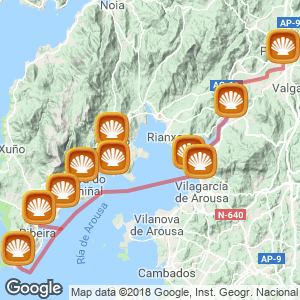