The Firemen of Burguete help a couple of pilgrims

A couple of Korean-Canadian pilgrims, elderly, was found exhausted by the effort 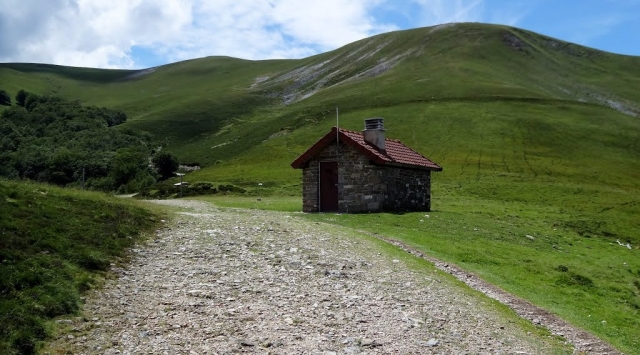 During the day on Tuesday, April 26 a brigade of Burguete firefighters had to perform an emergency exit to help a couple of pilgrims who were near the shelter of Izandorre, on the climb to Alto de Ibañeta. That's not the first time the firefighters has been involved in the rescue of pilgrims in this shelter, especially at this time, where snow or fog can complicate the Camino and disorient walkers.

The couple of Korean-Canadian pilgrims, elderly, was found exhausted by the effort. They where who alerted rescue teams via phone at 16:43 pm, reporting their location: they were at the height of the post 29 in the Camino de Santiago.

A brigade of Burguete firefighters came out to meet the pilgrims, a man of 76 years and a woman of 70, found being in good health despite the fatigue. They were transferred by an 4X4.It was not necessary that pilgrims admitted to hospital, so firefighters took them to the shelter of Roncesvalles.