The gastronomic route of the French Way becomes real

It will be held between the months of October and January, once the high season is over, to work on the deseasonalization of the Camino de Santiago 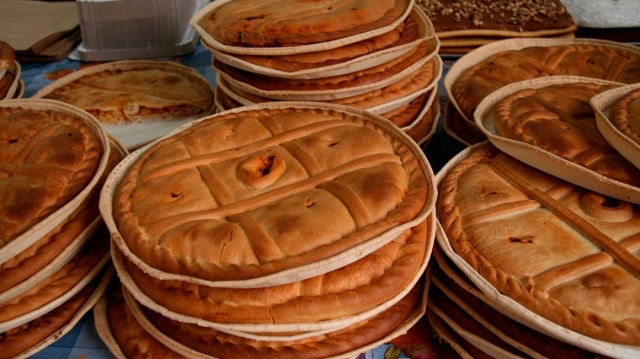 The Commonwealth of Galician Town Councils of the French Way and Tourism of Galicia, dependent on the Xunta, have signed a collaboration agreement that will definitely boost the birth of a gastronomic route in the French route from which we already had news last July. This route will be held on weekends between October and January in the 11 Galician towns that are part of the Commonwealth, with the aim of boosting the influx of pilgrims beyond the high season of the summer months betting on native products such as the capón, cooked, artisan bread, O Cebreiro cheese or sausages, among many others, as a great attraction.

This cooperation agreement, which was signed this week by the director of Tourism, Nava Castro and the president of the Commonwealth of municipalities, Jesus Gallego, will be in force until 2020, receiving from Galician Tourism a contribution of 287,000 euros Will not only be destined to the creation of the gastronomic route in the French Way, but also to the maintenance, improvement and management of the itinerary. The intention of the promoters of the project is to combine the heritage of the Camino de Santiago with the virtues of Galician gastronomy and typical products of the participating municipalities: Pedrafita do Cebreiro, Triacastela, Samos, Sarria, Paradela, Portomarín, Monterroso, Pallas de Rei, Melide, Arzúa and O Pino.