The Camino de Santiago de Navarra is a marvel for the eyes and for the senses. Here are some suggestions to enjoy it to the fullest.

The Foral Community of Navarra is a fundamental territory in the heritage of the Camino de Santiago: it is the gateway to the French Way (promoted in the Middle Ages by the Navarrese king Sancho III El Mayor) in the peninsula and is crossed by two important roads of pilgrimage, the one that arrives by the Pyrenees, entering by Roncesvalles and the one that comes from the Aragonese Way, entering by the locality of Sangüesa.

The 200 kilometers of Camino de Santiago that cross Navarre are full of an enormous cultural and patrimonial legacy for the pilgrim's enjoyment, a diversity that we wanted to condense into five locations that you should not miss if you visit the French Way. 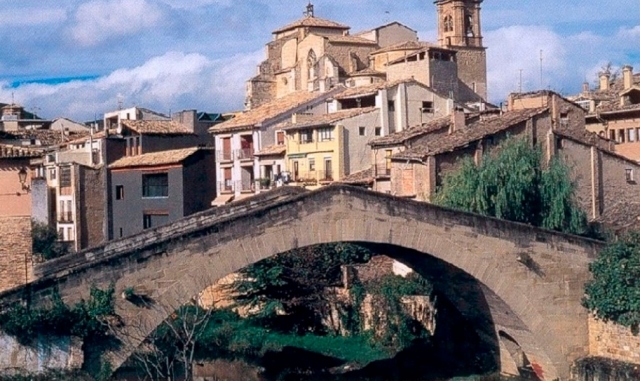 Estella, also called "the Toledo of the north", is a monumental city of great Romanesque influence, born in medieval times on the side of the Camino de Santiago, between Logroño and Pamplona. Established in the 11th century by Sancho Ramírez, with a great commercial and craft tradition, Estella is a city with an impressive heritage that everyone who takes time to savor will enjoy; among its essential visits, highlight the Palace of the Kings of Navarre, s. XII, declared National Monument and the Basilica of Our Lady of Puy. 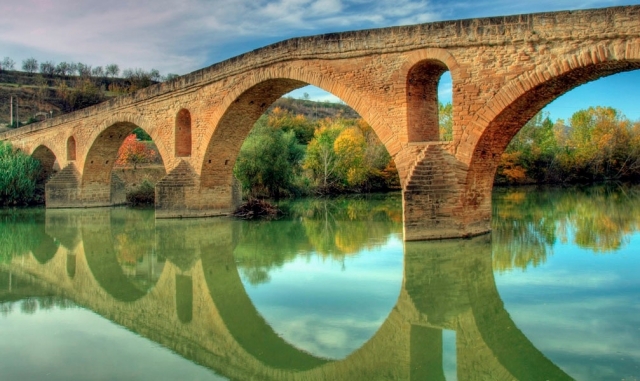 Less than 25 kilometers from Pamplona, ​​Puente la Reina is one of the most important medieval villages on the Camino de Santiago, born by and under the mantle of the Jacobean route. Here are joined the two pilgrimage routes that depart from the Pyrenees towards Santiago; the French Way (that is born in Roncesvalles) and the Aragonese Way (that does it in Somport) what turns to this locality in a hotbed of pilgrims throughout the year that cross the town of side by side for its main street, the rúa higher.

Founded by Alfonso I, the most surprising thing about this Navarrese village is undoubtedly its Romanesque bridge, over the Arga River, perhaps the most popular civil construction on the Camino de Santiago. The bridge, ordered to build in the s. XI by a Navarrese queen whose identity is not very clear, it was a relief for the medieval pilgrims, who could cross the river Arga safer, without having to surround it and be exposed to pillage and looting. 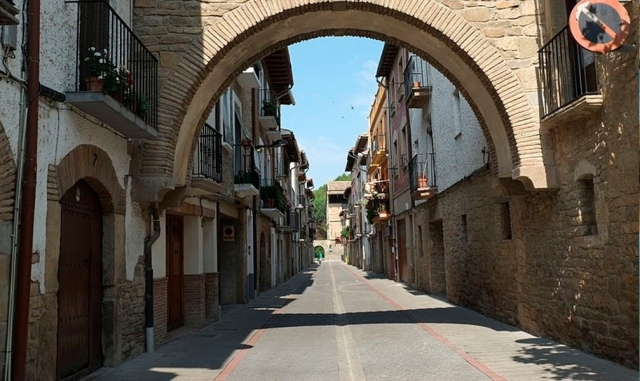 Sangüesa, border and place of passage on the Camino de Santiago is one of the most important monumental towns of Navarre and one of the most important heritage sites of medieval origin. In the eastern part of the middle zone of Navarra and on the left bank of the Aragón river, Sangüesa lived a period of great splendor in the Middle Ages, thanks to being an important place for pilgrims to stop for Santiago; its civil buildings, churches and convents of the time evoke that glorious past.

Built between the 12th and 14th centuries, the Church of Santa María la Real, declared a National Monument in 1889, is one of the main attractions of Sangüesa. It is one of the great gems of Romanesque in Spain, highlighting its splendid and elaborate portico, which represents the Last Judgment. 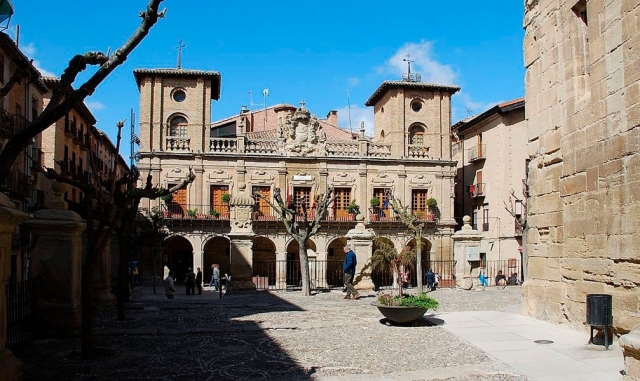 Viana, last town on the Camino de Santiago before leaving Navarra is a fortified city created for defensive purposes. Founded in the thirteenth century by King Sancho VII el Fuerte, the walled city of Viana was built on a hill as the first defense of the kingdom of Navarra against the kingdom of Castile.

From the sixteenth century, the defensive ends of Viana stopped making sense, so that its spectacular wall was reduced; Nowadays some structures and doors are conserved. If you visit Viana, you must go through the emblematic Plaza de los Fueros, an essential meeting place for pilgrims, people from the town and tourists. In this main square we will find the city hall, of baroque style, and in front of it, the imposing gothic church of Santa María de la Asunción. 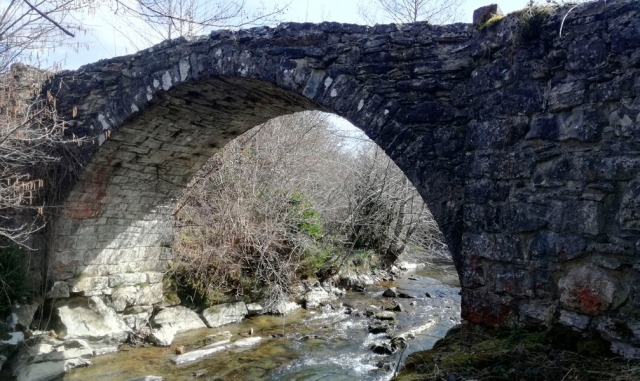 Burguete, whose historical set enjoys the hallmark of Cultural Interest, is a town with a linear structure born in the heat of the Camino de Santiago, like many other historic Navarran towns, such as Puente la Reina or Sangüesa. His birth, in the twelfth century, can not be understood without the figure of the European pilgrim who crosses the Pyrenees towards Santiago de Compostela and who needs shelter and a dish.

Burguete, or Auritz in Euskera, is a small village with a typical Pyrenean appearance, very cozy and close to the Jacobean Roncesvalles (starting point of the French Way), a hospitable town with strong historical ties. The fascinating thing for any pilgrim who starts walking in this Pyrenean area is to see how the landscape will gradually change as it travels the 790 km that separate it from Santiago de Compostela.