The next few years Santos in the remainder of the century 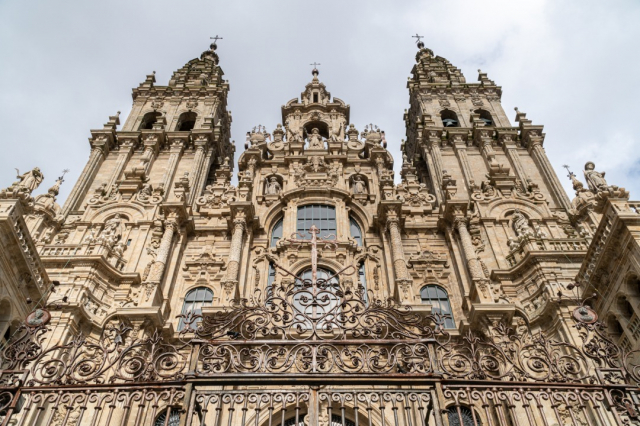 The Camino de Santiago has been, and continues to be, one of the most historically and traditionally relevant routes. It is formed by a large set of paths of medieval origin, and each and every one of them leads to the tomb of the apostle located in the Cathedral of Santiago de Compostela. Its discovery motivated thousands of Christians around the world to look for ways to make a pilgrimage to Spain to receive forgiveness for all their sins, and as a consequence, a whole range of possibilities opened up when it came to undertaking the adventure.

In addition to finding departure points from neighboring countries such as Portugal, France or even Italy, this situation caused the authorities during the eleventh and twelfth centuries to establish multiple rules to protect pilgrims on their way, as well as improve the conditions of the road and begin to build bridges and hospitals to meet the needs of the devotees who undertook the journey from remote lands.

What are the next Holy Years?

The most recent Holy Year was celebrated in 2010, and following the sequence of 6, 5, 6 and 11 Jacobean years, the most current one will take place next July 25, 2021. However, due to the terrible events caused by the coronavirus in Spain, the Xacobeo will be celebrated two consecutive years as an exceptional event conferred by Pope Francis himself in a decree of the Apostolic Penitentiary.

Pilgrims will be able to receive complete divine absolution in 2021 and 2022. Thereafter, the cadence will continue according to the rhythm of the leap years, so below you can consult the list of the next Jacobean Holy Years for the remainder of the century.

What is the Jacobean Holy Year?

The Jacobean Holy Year, also popularly known as Compostelan or Xacobean Holy Year, pays tribute precisely to this tradition. It is nothing more and nothing less than a celebration that grants plenary indulgence to all the faithful who voluntarily follow the different conditions of the commemoration.

It is celebrated every July 25 and always falls on a Sunday because it has a cadence of 6, 5, 6 and 11 years. This happens 11 times every century and, when the time comes, the Catholic Church has the power to grant full pardon to those who visit the tomb of St. James the Greater, pray to God for the Pope with a prayer and receive confession and communion.

How is the Jacobean Holy Year celebrated?

There are many reasons why pilgrims choose to celebrate the Jacobean Holy Year.  The requirements to receive the absolute divine forgiveness of the Compostelan Jubilee will be necessary to visit the cathedral of Santiago de Compostela located in the Plaza del Obradoiro. It is also customary to say a prayer such as the Our Father or the Creed for the Pope and to go to confession and receive Holy Communion during the fifteen days after or before the visit.