The Northern Way, key to the commitment of España Verde in 2018 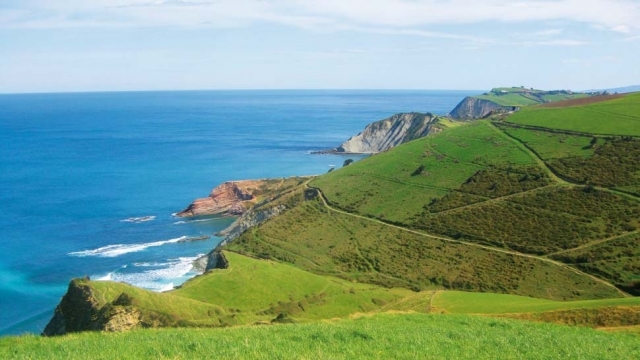 The Northern Way is one of the most demanding routes and in which the pilgrim is more exposed to the climatology of the Camino de Santiago as a whole, but also one of the most satisfactory, putting us more in touch with nature. This Jacobean route, which runs through the entire Cantabrian coast, is in the process of growth, attracting more pilgrims each year in search of alternative roads to the French mass, which for example last November toured 63% of walkers.

The millenary route of the north of the peninsula crosses the Basque Country, Cantabria, Asturias and Galicia and is an increasingly important tourist attraction in the promotion plans of these autonomous communities. Green Spain, the common brand that unites these four regions in the promotion of its tourism offer, will continue to bet heavily on the Northern Way also in 2018. This has been confirmed by the Minister of Innovation, Industry, Tourism and Commerce of the Government of Cantabria , Francisco Martín, at a recent follow-up meeting in Santander in which the heads of the four communities participated.

The aim of España Verde brand (which this year has been coordinated by Cantabria) with the Northern Way "is to put it in value" communicating about what each of the autonomous communities that it crosses can offer the pilgrim in questions of "diversity tourist, historical and cultural ". The leaders of Green Spain are confident that in the future the Northern Way can become "an alternative to explore by the pilgrims" and affirm that there are reasons not to believe that this coastal route "does not have the same success as the French Way ".