The route of Father Sarmiento and the Spiritual Alternative, potential first Cultural Routes of Galicia

The roads under this categorization will be defined and subject to special protection by the authorities, protecting your layout and cultural assets 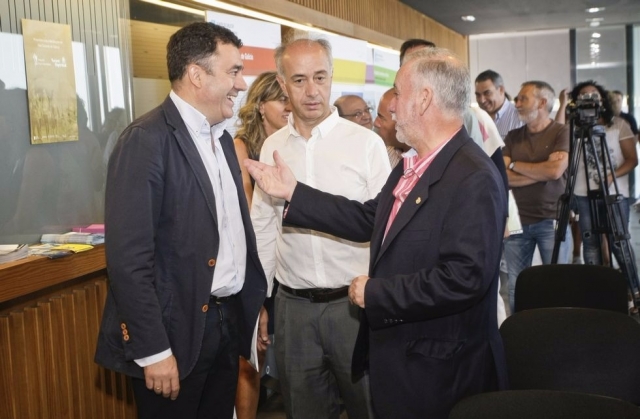 Thanks to the new Spanish Heritage Act, to be adopted in a few days, roads like the route of Father Sarmiento and the Spiritual Variant, will give a first step in the aspirations of those who promote them to have the official statement of Camino de Santiago. Good news for those responsible for the Mancomunidade do Salnés, although there is still a long way to go for Spiritual Variant and the route of Father Sarmiento, especially for the latter.

Upon entry into force the new law, there will be a new categorization of cultural protection in Galicia, the so called Vías Culturales, that highlight those paths with traditional importance for historical, architectural or archaeological interest. Although the above two routes meet the characteristics, according to Mancomunidade do Salnés, it seems that the first to be considered in this way in Galicia will be the route of Father Sarmiento, as confirmed yesterday Roman Rodriguez, Minister Counselor of Culture.

The roads under this categorization will be delimited and subject to special protection by the authorities, protecting both the roads as cultural assets found in its path. With this first step, it is expected that the route of Father Sarmiento can copy the success that the Spiritual Variant already has.