Tickets for Tren del Peregrino can now be purchased 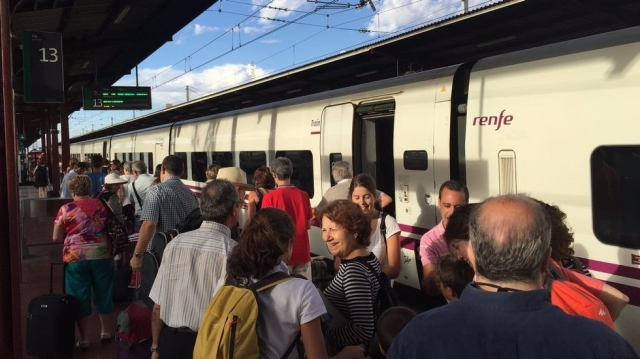 Renfe has announced that tickets can now be purchased for the four exits of Tren del Peregrino, which in 2017 is celebrating its third year of life. It is an alternative of the company for those who want to live the Camino de Santiago in a different way, with accommodation on slopes, being able to realize several stages of the Portuguese Way and obtaining the compostela when completing the minimum distance of 100 km on foot or 200 km along the Camino de Santiago by bike. It is allowed to carry one bicycle per person up to a maximum of 10 per train.

Tren del Peregrino will depart from Madrid to Santiago de Compostela on 3, 10, 17 and 24 August, with stays of 4 days and 5 nights in the convoy. The tourist train will continue on this occasion the route of the Portuguese Way for the first time (previously followed the French Way), crossing localities with Tui, O Porriño, Redondela, Arcade, O Grove, Caldas or Padron. For their part pilgrims will make up to three stages on foot or by bike, staying overnight at the end of each train in this hotel, whose facilities and services include all kinds of amenities.