With the massive influx in the pilgrimage route these summer months, some pilgrims do not respect the signs and symbols 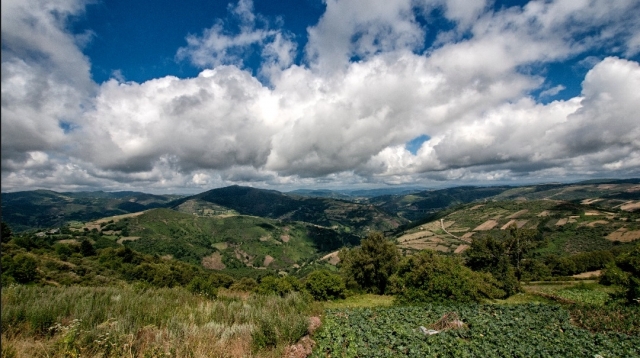 Despite the noble and respectful intentions of thousands of pilgrims each year walking the paths of  the pilgrimage route to Santiago, acts of vandalism and "innocent footprints" of some pilgrims to immortalise their passage through the French Way, the busiest route in the summer months.

If with the massive influx of pilgrims during the summer is almost impossible to keep the Camino free of garbage, the straw that broke the camel are some acts of vandalism; we talk about graffiti in some of the most iconic landmarks of the route, such as the mark in the border between Galicia and Castilla y León, before coming to O Cebreiro. Milestones like this are often marked by painted in the busiest months.

Respect for the Camino and its signaling is not showed equally by all pilgrims, something that surely is related to the ignorance of some of them about the work of those who maintain and take care of it. In recent years the pilgrimage route is beating records in number of visitors, so it is normal that among the tens of thousands of visitors there are pilgrims little involved with the values of the Camino de Santiago.

Graffiti or garbage are not the only problems that the large influx of pilgrims involved. Many of themn leave their own mark on the pilgrimage route also full of piled stones cairns that indicate the Camino, crosses bars, stickers and banks carved with messages. The problem is that any ancient tradition or the original wink of a pilgrim ends up massively imitated and damage the heritage of all.