Viana is an enclave that will surprise pilgrims for its rich architecture, wine cellars of good quality, Jacobean atmosphere and, above all, for its extensive history. 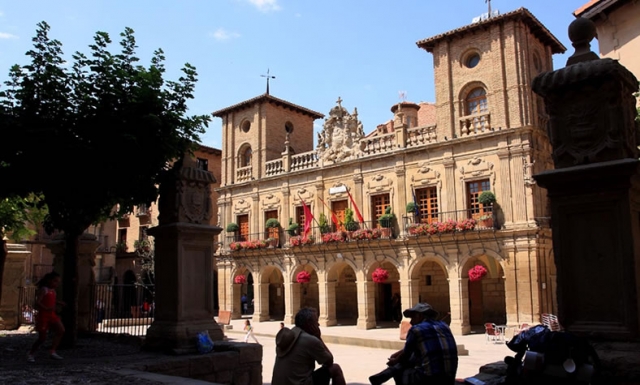 The last town in Navarre on the pilgrimage route, situated just seven kilometres from Logroño, its urban structure is that of a fortified square, surrounded by a medieval wall, which served as a defensive stronghold during the Middle Ages against the nearby and ancient Kingdom of Castile.

Its narrow streets and many monuments, include palaces, stately manors and the majestic church of Santa Maria, all of which attract hikers, who can recall, in the historic centre the final steps of Caesar Borgia, one of the most prominent characters of the European Renaissance, he even, came to serve as inspiration for Machiavelli to write his famous written work El Príncipe (The Prince). The importance of the pilgrimage route on the evolution of this enclave is evident by the six hospitals for pilgrims that it came to have, of which several traces still remain.

Not to mention the glorious past of the centre, as a venue for monarchs, made evident in the Principado de Viana, a title granted in the XV century, the prestige to award the of heir the throne of Navarre. Currently a position held by Felipe of Borbón and Letizia. The town is well prepared to receive pilgrims and has all the necessary facilities.

Distance from the Camino de Santiago from Viana

If you are traveling on the Camino de Santiago or are planning to do so soon, you should know that the distance separating Viana from Santiago de Compostela is 625 kilometers.

The weather in Viana 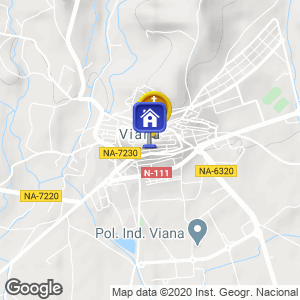