Walk the Camino in company or alone: What do the pilgrims prefer? 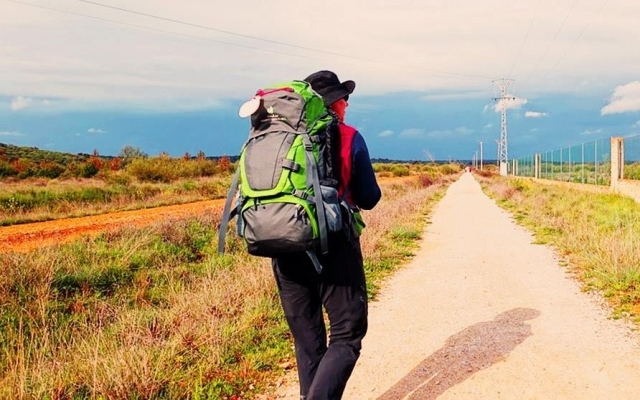 57% of the ViveCamino pilgrims prefer to do the Camino alone

This is not the first time that we have talked about one of the most frequent questions that pilgrims ask us to travel the Camino de Santiago for the first time: do I organize my trip with friends, with family or with my partner or do I embark on an adventure to do it alone? It is a difficult question to answer, since both options are totally valid; We have already told you our opinion, but we also want the rest of the pilgrims to tell you theirs.

That is why we have consulted the community of ViveCamino pilgrims on Facebook in two ways: through a survey and asking us to leave their comments about it. The result of the survey, in which 240 pilgrims have participated, has been really disputed and against what we might have thought before doing it, most of them prefer to do the Camino de Santiago alone, with 57%, compared to 43% prefer to do so accompanied by other walkers. The results show that pilgrims and pilgrims have lost their fear of walking alone, which could be extrapolated to feel safe walking the Camino de Santiago.

Beyond voting one option or another, what we value most are your comments sharing your experiences and justifying why you recommend one option over the other. The truth is that the answers have no waste and have helped us draw many conclusions; For example, many pilgrims who have tried to do the Camino alone do not repent, in fact, they will be encouraged to visit it in the same way soon. Would then change the opinion of pilgrims who prefer to do it alone if they were encouraged to leave alone? The conclusions we leave to you.

Why do some pilgrims prefer to go to the Camino alone?

These are some of the opinions shared by the pilgrims of our Facebook community these days: