What types of pilgrims exist on the Camino de Santiago?

What kind of pilgrim are you? Do you know the two-legged "wildlife" that inhabits the Camino? We review the different types we have found with a point of irony. 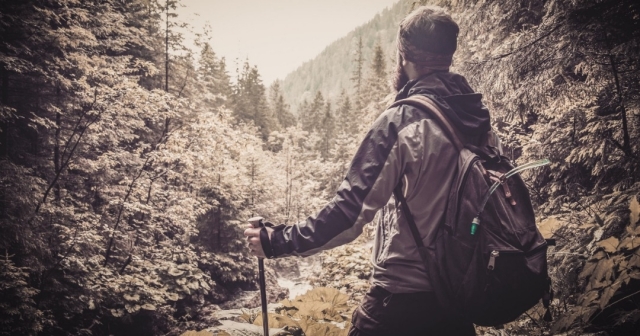 What types of pilgrims exist on the Camino de Santiago? Of course we are all different and we are looking for different goals in the Jacobean route, although nobody can deny that some features unite us as pilgrims. That is why we have started thinking and we have come up with this list, partly in a joke, in a certain way, to "pigeonhole" and label the different types of walkers we are going to meet.
These types of pilgrims often mix; They are not closed at all. From your pilgrimage experience, can you think of other types? Share them with us in the comments.

We have all been rookie pilgrims once, arriving on the Camino de Santiago with many doubts, but we have come forward in one way or another, with the help of more veteran pilgrims and with open eyes and ears. When we go through it for the first time, we usually carry in our backpack more than we need, footwear plays bad passes and it is not difficult to avoid blisters. The uncertainty that accompanies us when we leave the door of the house with the backpack behind us becomes joyful when we reach the Plaza de Obradoiro (and sadness when it comes to return).

The veteran pilgrim is the tanner in a thousand battles, who know the Camino de Santiago as the palm of his hand, every year he tries to try new alternative routes and usually runs away from the massages of the French Way. He is always willing to help newbies and always end up sharing his best anecdotes and when he finishes the Road he is already thinking when the next one can begin. It has been a long time since it depends on friends or family to embark on the adventure; Doing it on your own is no problem, always find company on the Camino when you need it.

The adventurous pilgrim faces the Camino de Santiago as a new challenge to add to their experiences; usually lacks religious motivations to do so, simply look for destinations in which to practice sports in the middle of nature and stay fit (and the Camino is perfect for it). As the veteran pilgrim, he is not afraid to discover and travel alternative routes such as the Northern Way or the Primitive Way, he even looks for them. He is not a friend of the pilgrim crowds and does not mind giving up the comforts. Take the necessary equipment to travel the Camino de Santiago, but

? Pilgrim of the future

This type of pilgrim is characterized by always going to the latest in terms of equipment, with the best trekking shoes on the market, its essential activity bracelet and a Go-Pro adventure camera on the chest to record everything on video. He is more aware of his smartphone, checking his pace at each stage, than enjoying the landscape in front of him. Share daily on social networks your way through the Camino de Santiago without being able to disconnect digitally. Like the turigrino or the rookie pilgrim, the weight of the backpack ends up taking its toll.

The turigrino is one of the types of pilgrim who has flourished the most on the Camino de Santiago in the last 10 years. In their environment, many family and friends have told him how well they have had fun on the Camino, which has become fashionable, so they want to see it with their own eyes, but without giving up a comfortable holiday. They are simply passing through and are not interested in the spirit of the pilgrim or the camaraderie among walkers. They usually spend very few days in walking, relying on backpack transport services (if they do not carry a trolley directly) and at the time of resting they prefer to opt for hostels and hotels.

Being a pilgrim with religious motivations is not incompatible with being a veteran or debuting pilgrim. These pilgrims understand the pilgrimage in the same way as the walkers of centuries ago; They seek to complete a spiritual journey and arrive at the Cathedral of Santiago to pay their respects to the Apostle. Given the boom of the Camino de Santiago among the general public - who simply seeks an experience - each time they represent a smaller percentage of the total. They live the Way embracing all their symbols, such as the scallop shell, the bead or the pilgrim hat and find on the Jacobean route a spiritual and religious context that is increasingly difficult to see in their day to day.

The eastern pilgrim, who came mainly from South Korea (although many other eastern countries provide walkers), is a kind of visitor who has been born on the Camino in the last decade. The boom of the Camino de Santiago also reached the South Korean country and pushes thousands of walkers every year to travel half the world to reach Spain. They usually travel it in winter or spring (coinciding with their vacation time) and are usually open and friendly with the rest of the pilgrims. Although many South Korean pilgrims are Christians, the main motivation to travel the Camino is the search for adventure and disconnect from the routine.

'Bicigrino' is how pilgrims who advance by bicycle are popularly known. They travel a greater distance in each stage than the pilgrims on foot, so for them it is a perfect way to get to know many places in the north of the peninsula, although going through some stages mounted by bike is very hard. They are sports enthusiasts, they do not carry a backpack on their backs - all their luggage is well distributed in their saddlebags - and they are very well prepared for the unforeseen, with a set of tools and tent, in case they run out of place in the hostels public (walking pilgrims have priority).
Do you agree with this classification? Can you think of any other type of pilgrim? (Remember that it is simply an ironic list and with a bit of scuffle, it should not be taken at face value).