Who was Aymeric Picaud?: Personalities of the Camino de Santiago

We tell you who was this pilgrim and French clergyman of the twelfth century, who is credited with book V of the Calixtino Codex. 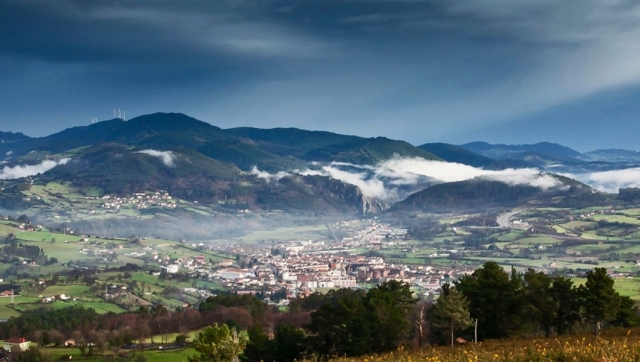 Aymeric Picaud, the author of the first "tourist guide" of the Camino de Santiago

Today we are all used to traveling the Camino de Santiago with a guide in hand, either in traditional paper format or even on mobile. With them we follow step by step the indications of a pilgrim who has already walked the Camino before us, writing down everything and sharing his experience step by step so that everything goes smoothly.

However, many centuries ago this was not the case; the Camino de Santiago was a set of routes where danger, hunger and disease lurked, leaving many pilgrims on the road. The Camino de Santiago was pure uncertainty for the European travelers who entered the peninsula and who did not know what they were going to find from the Pyrenees to Santiago, crossing the entire north of the Iberian Peninsula.

Aymeric Picaud, a French Benedictine monk of the XII century, is one of the most important historical figures of the Way of St. James, precisely because he recorded step by step his journey on horseback along the Jacobean route, from France to Santiago de Compostela.

This priest, who would become personal secretary of Pope Callistus II (1050-1124), would have built a complete story in the first person with his experiences, anecdotes, listing his visits to shrines, detailing the itineraries to follow, the services found and sharing all kinds of advice for the pilgrim.

The Codex Calixtinus, the reference work of the Jacobean world in the Middle Ages

In his texts the French monk defined the route of the French Way in 13 differentiated stages designed to travel in several days on foot or on horseback (the current stages are designed to be covered in a single day).

The texts, tremendously detailed, spoke of the towns to which the pilgrims would arrive, the local customs, and even the dangers to which they had to face (assailants of walkers). We could say that the compilation elaborated by this monk is the first "tourist guide" of which we have proof.

All this was supposedly recorded around the year 1140 in book V - the 'Guide of the Pilgrim' (Liber Sancti Jacobi) - of the Codex Calixtinus, the great reference book of the Jacobean world in the Middle Ages and where Aymeric Picaud himself is named on a couple of occasions.

Picaud is credited with this fifth and final book of the Codex Calixtinus, a work that revolves around the figure of Santiago el Mayor, where events such as the miracles of the apostle, the translation of his body from Palestine to Galicia and the placement in his final tomb or the liberation of the path to his grave by Charlemagne himself.