Who was Domingo de la Calzada? Characters of the Camino de Santiago

We tell you who this character was, essential to know the history of the Camino de Santiago and one of its great promoters 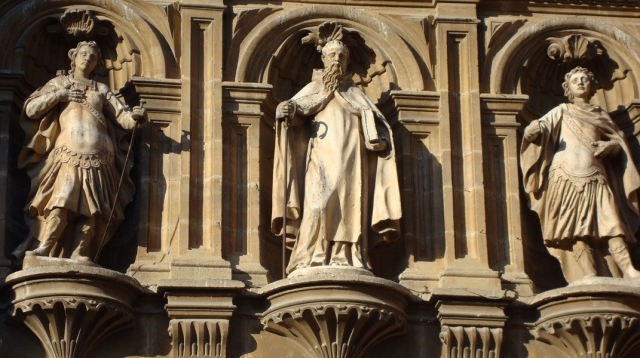 Domingo de la Calzada, one of the great promoters of the Camino de Santiago

Domingo García, the original name of the religious from Burgos that we are talking about today, is one of the most important personalities you should know if you want to understand the legacy of the Camino de Santiago. Santo Domingo de la Calzada, as he would later be known, was an influential character who was born and lived throughout the 11th century, devoting his whole life to the attention of pilgrims who traveled the Jacobean route and to the improvement of the conditions of his pilgrimage , that in those years were of great risk for their integrity.

Domingo was born a farmer's son, showing a great interest in the spiritual life from very early on; after the death of his parents he tried without success to access the Benedictine monasteries of San Millán de la Cogolla and Santa María de Valvanera, but it was rejected. After failing to take the habits, Domingo retired to the forests near what is now the town of Santo Domingo de la Calzada (La Rioja). Here, in the valley of the Oja river, he decides to practice his faith while he is dedicated to helping and assisting those who need it.

After helping build a bridge over the river Oja to facilitate the passage of pilgrims to Compostela, he was appointed priest in 1039 by Gregory, bishop of Ostia. Domingo is already very aware of the problems of the walkers that cross those lands; they must cross paths in poor condition and expose themselves to assailants, without hospital assistance and always with the risk of getting lost. 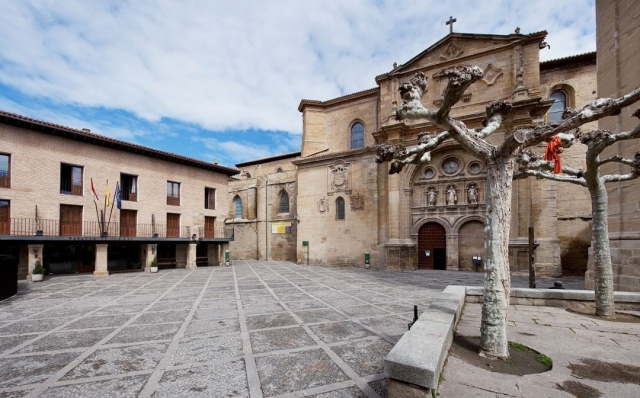 A simple goal: making life easier for pilgrims to Compostela

Domingo focuses all his effort and vital dedication in the following years in making life easier for the walkers and for that he undertakes the mission of building a new path. With hardly any means at his reach, he builds a stone roadway between Nájera and Redecilla del Camino as an alternative to the old Roman road on the Camino de Santiago, diverting it to the south. For this work he becomes known as Domingo de la Calzada (the religious will later be recognized as patron of civil engineers).

In addition to the stone walkway, throughout his life Domingo promotes numerous civil works in order to serve and facilitate the pilgrimage to walkers. Among them, the replacement of the original wooden bridge over the river Oja by a stone bridge, a hospital complex to provide shelter and serve the pilgrims and a temple (about 1090) in honor of San Salvador and Santa María, stands out. pilgrims could practice their faith. In this temple they precisely rest their mortal remains.

Thanks to the dedication and promotion of the Camino de Santiago with its civil works, the priest managed to attract many pilgrims to the region, revitalizing it commercially and creating the germ of what would later become a community settled as Santo Domingo de la Calzada, name that the locality took after his death. In addition, his work and figure became a myth, starring numerous legends of popular wisdom, such as the miracle of the cock and the hen.