Who was the first pilgrim on the Camino de Santiago? 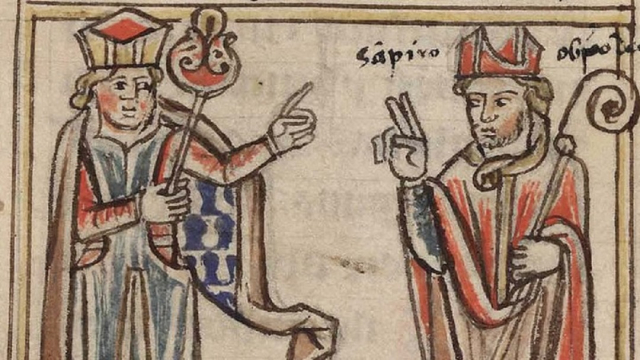 -->
The first pilgrim who completed the Camino de Santiago, of which there is evidence, is none other than King Alfonso II of Asturias, nicknamed "the Chaste", who made this pilgrimage in the year 813. His nickname "the Chaste" comes from the fact that in his entire life he had no relationship with any woman.

The story of the first pilgrim to Santiago

At that time the Kingdom of Asturias included the territories that today are mostly: Asturias, Galicia and Leon, therefore, Alfonso II was king when the remains of the Apostle Santiago were discovered in Iria Flavia. The king traveled, at the request of the bishop of Iria Flavia, more than 300 kilometers to the place where the remains of the Apostle were found, in order to support the veracity of the discovery.

This trip was intended to turn the remains of St. James into a symbol that would unite and guide the Christian kingdoms of the Iberian Peninsula against the Muslims, who at that time occupied most of the territory.

He also financed the construction of a temple to protect the remains of the Apostle and endowed the Church of Compostela with land and privileges so that the faithful could worship Santiago. These actions allowed the order that safeguarded the remains to grow and also the region, making it one of the most important pilgrimage sites in the world and the origin of the phenomenon we know today as the Camino de Santiago.

The success of the Camino de Santiago also helped Alfonso II to strengthen his kingdom, thanks to the circulation of merchants and knights from all over Europe.

The route followed by King Alfonso was the main pilgrimage route to Santiago for years, but with the transfer of the court to León and the advance of the Reconquest of the Peninsula, it gradually lost pilgrims in favor of the French Way, which had a better climate and was less demanding.

Which is the oldest route of the Camino de Santiago?

The route traveled by the first pilgrim is now known as the Primitive Way and has its historical origin where the court of King Alfonso was located, in the city of Oviedo (321 km from Santiago). Although it currently has two other very popular starting points that cover the distance necessary to obtain the Compostela. These depart from the Galician towns of A Fonsagrada (170 km) and Lugo (100 km).

The Primitive Way is one of the routes that most pilgrims travel every year, but it is far from being as crowded as other routes, such as, for example, the French Way. Its main attractions are its ethnographic and historical richness, as well as its spectacular scenery.

On the other hand, it is also considered one of the most physically demanding, due to the mountainous geography of the region and the humid climate, especially if we take into account certain climbs such as that of Grandas de Salime, near the border between Galicia and Asturias. For this reason many pilgrims choose to start in Lugo or A Fonsagrada.