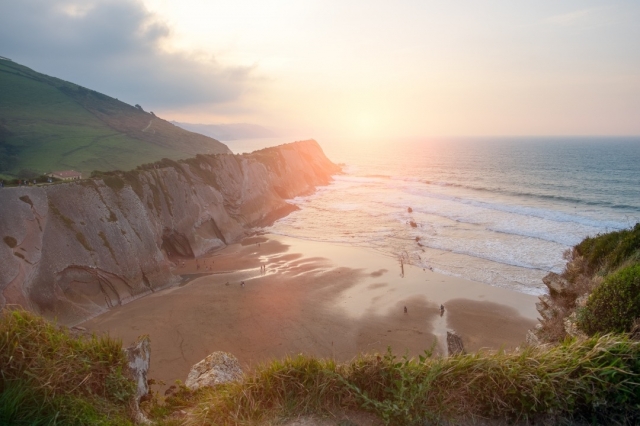 Making the Camino de Santiago along the coast is the Itzurun beach. Located in the Zumaia Town Hall, in Guipúzcoa. This beach bathed by the Cantabrian Sea, is located between the points of Marianton and Algorri, with a length of 270 meters. In addition, it is very close to the urban area of ​​Zumaia.

It has had a blue flag since 2006, with a characteristic fine golden sand. It is a beach with strong tides, so that its landscape is constantly changing, especially when there are live tides and the sea occupies the entire sandy area.

Its enormous vertical cliffs with geological values ​​and limestone walls stand out, which draw the attention of pilgrims who make the Northern Way. This geological phenomenon is called ‘’ flysch ’’ (abrasion platform), which has been formed for thousands of years due to the force of the sea. Another of its characteristics is the high concentration of iodine that its waters possess, which are very beneficial for health.

It is one of the least polluted beaches on the Basque coast. It has excellent services and equipment, such as good access, showers, parking, cleaning service on the beach, salvage, bar-restaurant, etc. In addition, this beach is famous for having appeared in the Spanish comedy film: "Eight Basque surnames", in the "Game of Thrones" saga and also, chosen by the famous world film director Woody Allen for a of his movies.

The weather in Zumaia 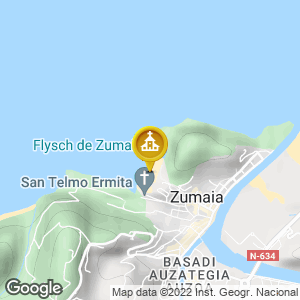