In Caldas de Reis, within the province of Pontevedra, we can find different natural landscapes among which the famous Fervenza de Segade stands out. This wonder of nature, is a set of waterfalls and pools through which the Umia River passes and thanks to which we can enjoy a beautiful landscape.

It is about 30 meters high that start on a rocky surface until a smooth base on which pools are formed. These pools are used as a bathing area by many of its visitors during the summer months as the water flow is lower during that time. However, during the winter, the flow rate is much more irregular and for that reason, for a few years, it has a dam that regulates it to avoid different floods and that can also be visited.

In addition to the Fervent Segade, in this same direction we can also find the bridge of Segade of Roman origin and that was rebuilt in the eighteenth century, in addition to the remains of the hydroelectric plant Fábrica de Luz. This plant was built in 1900 and was active for more than 50 years. Of what remains of this plant, stands out its high chimney, which can be seen even from the road.

The weather in Caldas de Reis 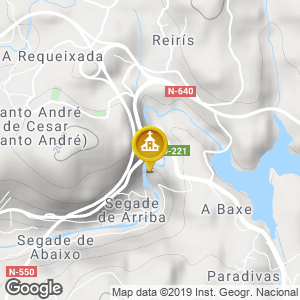