Camín Real de la Mesa: Everything you need to know

Folklore has it that the Camín Real de la Mesa is an old road that was built on another much older path that existed before the Camino de Santiago. 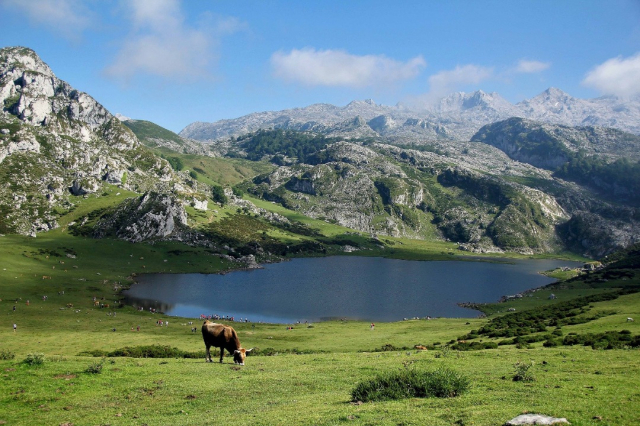 The Camino de Santiago is no longer just an exclusively religious experience, but also an unforgettable adventure for those who seek to surpass themselves, travel through the different provinces of Spain and enjoy some of the best panoramic views of the territory. This Jacobean phenomenon full of history has its origins since ancient times, and millions of pilgrims march the different starting points to face a challenge that leads to the remains of the apostle.

The history of the Camino de Santiago is rich and extensive. From its birth to when the phenomenon began, passing through the very consolidation of this journey, the devotion to Bishop Santiago spread without precedent around the world. The consequences that generated this situation were of the most diverse, even to the point of forming alternative routes to continue the journey to Compostela.

The route of the Camino Real del Puerto de la Mesa, popularly known in Asturian as Camín Real de la Mesa, is one of those many optional routes to Santiago. The Iberian Peninsula is full of very interesting historical sites, and in this case we are facing a road based on an ancient Roman road that served as a link between the provinces of Asturias and León.

Why do the Camino Real del Puerto de la Mesa?

Folklore has it that the Camín Real de la Mesa is an old road that was built on another much older path that existed before the Camino de Santiago. At one time it was used mainly by the inhabitants of the surrounding area to get around but, according to various writings, the Romans built the road inside one of the sections of the Vía de la Plata. Centuries later, it became part of the pilgrims' route to the Galician capital.

The Camino Real del Puerto de la Mesa is an ancient path that runs along several cities. Until the 19th century it was one of the most important links between Asturias and La Meseta, and its immense history goes back at least to moments before the Roman conquest. It is a perfect opportunity to follow in the footsteps of the people of a completely different civilization and enjoy the beautiful landscapes that lead from the mountains of the Cantabrian Mountains to the inland valleys of the Nalón River.

All the stages of the Camín Real de la Mesa route

The Camín Real de la Mesa is a hiking route that crosses mountains surrounded by deep valleys and where there is a most picturesque historical and artistic heritage and landscapes of unique beauty. As it crosses a large part of the Cantabrian Mountain Range, it will be necessary to take special caution and care with the ascents and descents. With a medium-high difficulty of 56 kilometers spread over three stages, the route starts in Torrestío and ends in Grado, but it can be done in any direction.