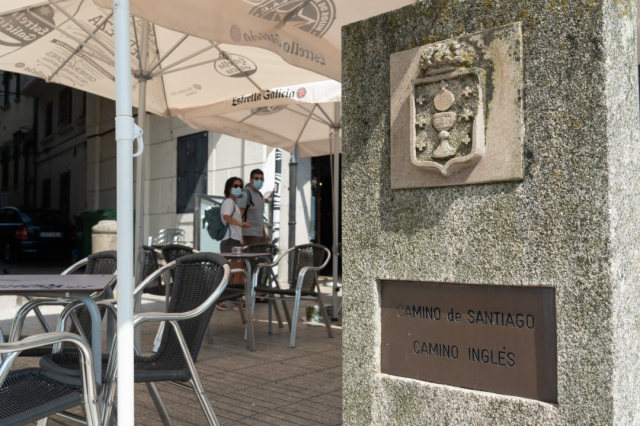 Updated status of the Camino in March 2021

The Camino de Santiago is once again being affected by the latest restrictive measures decreed by the government to prevent the spread of COVID-19. The cases of people affected by the virus keep increasing in some localities, so the highest authorities of our country determined that they should be perimetricated to avoid the transmission of the virus.

Together with the perimeter restrictions among the most affected municipalities, the European Centre for Disease Prevention and Control stated that the risk of contagion was "very high". It is for this simple reason that the European Union has decided to limit travel between countries as much as possible, which also affects Spain and its tourists.

Regarding the current health situation, the Xunta de Galicia is gradually reopening public shelters, of course, with specific measures against the coronavirus. The government body of the autonomous community has provided all kinds of resources for companies to provide security to pilgrims through informative posters with various recommendations. However, we are talking at the regional level.

In spite of the fact that at present the situation is delicate and the government plans to revitalize the tourism of the Way of St. James through the different plans already established, the most traveled Jacobean routes during Holy Week will again have abnormal statistics for the consecutive year. Several autonomous communities have agreed to close their territories and impose a curfew between 22:00 and 06:00 (peninsular time). The decision has been approved unanimously to avoid a new spike as in Christmas 2020 and will apply equally to any other long weekend.

Is it advisable to travel to Spain to do the Camino de Santiago now?

In the current context there are a series of restrictions that prevent us both from traveling along the different autonomous communities and from accessing our country. In the first place, and according to the General Consulate of Spain, all entries into Spanish territory of citizens from the United Kingdom are suspended, except for Spanish and Andorrans or residents in our country.

On the other hand, the requirements for entry into Spain do not provide for exceptions. This means that requests for the issuance of travel authorizations or certificates will not be granted. In addition, last December 9, the Spanish authorities established the obligation to have diagnostic tests of active infection with negative result to enter the country and it has been extended until next March 30 at 18:00 hours.

All passengers coming from a country considered high risk, must present a PDIA certificate (RT-PCR or other molecular techniques) performed 72 hours prior to arrival in Spain and with a negative result. Although this accreditation document is compulsory for young people and adults, children under six years of age are exempt from presenting this test.

Finally, all travelers entering Spain by sea or air, and regardless of their origin, nationality or age, must fill in an online form. According to the information provided through the Spanish Government's website, a QR code will be obtained which must be shown at the health control in order to continue with the trip.

What measures have been taken by the hostels of the Camino against COVID-19?

The hostels of the Camino de Santiago have been maintaining sanitary and hygienic measures since the de-escalation in May. They have a smaller capacity than normal to avoid crowds and disinfect several times a day the spaces that pilgrims frequent most. It is important to remember that pilgrims cannot spend the night in the perimetric localities, so they should look for lodging in a neighboring, non-restricted city.

How to prevent contagion if you walk the Camino de Santiago?

Although currently the situation has become much more sensitive, there are pilgrims who were already on the road while the restrictions were established. As the Xunta has confirmed, they will be able to continue their way to finish it, however, it is necessary to follow a series of measures to avoid contagions. One of the most important things to protect yourself during the Camino de Santiago is the use of the mask and change it as often as necessary to ensure its proper functioning. Along with this, other useful preventive measures for pilgrims is to avoid closed places and keep a safe distance whenever possible, in addition to carrying a hydroalcoholic gel for disinfection when necessary