Travelling the Camino de Santiago is not only to walk to reach the goal as soon as possible; Along the way there are innumerable points of interest that will make our trip unforgettable.

✔️ Traveling the Camino de Santiago, what things have to see and do?

The set of Jacobean routes that ends in Santiago de Compostela not only proposes to reach our final goal to embrace the Saint, ending with feet well loaded after many days of walking. The Camino de Santiago is not a race and we would not do the pilgrims to take it as such without enjoying some of its greatest attractions, those that remain engraved in our memory forever and that give full meaning to the expression "The Camino de Santiago hooks."

Bridges, palaces, impressive coastal landscapes and essential monuments star in this brief review of experiences of the Camino de Santiago that we would like you to try (in addition to other essential experiences, such as tasting the gastronomy of the Camino de Santiago). There are undoubtedly many more waiting for you to discover them and surely every pilgrim already experienced will have their favorites. That's why we encourage you to recommend yours in the comments.

Today headquarters of the Museum of the Roads, the Episcopal Palace of Astorga, in the province of León, is a luxury opportunity to witness the work of Antoni Gaudí in the French Way (one of the few works of the modernist architect outside of Catalonia ). This neo-Gothic palace of Astorga, which looks more like a medieval castle, is an essential visit for walkers, who can enjoy this work begun at the end of the 19th century. XIX and finished in the mid-twentieth century. 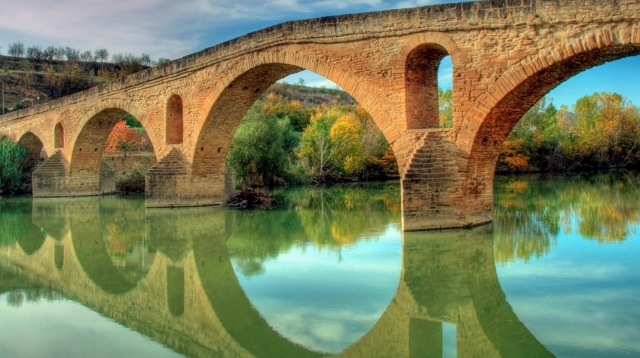 This Romanesque bridge with six semicircular arches that crosses the Arga River, in Navarra, is one of the oldest wonders of the Camino de Santiago; witness of more than 1,000 years of pilgrimages. It has been crossed by countless pilgrims since the Middle Ages - in times much more dangerous for walkers - to our days, in addition to giving name to the town where it is located, which is a point of union between the Aragonese Way and the French Way.

If you pass through Puente la Reina and cross its bridge, you can imagine in first person what the life of the first pilgrims was like, that they risked their lives to pay their respects to the apostle in front of assailants, setbacks, bad weather and need.

The Cruz de Ferro, near Foncebadón, marks the highest point of the French Way, the route most used by pilgrims to reach Santiago de Compostela. This symbolic monument, which tells the pilgrims that it is time to leave the Bierzo to enter Galicia, is one of the most visited points of interest.

It is a large cruise with an iron cross on the point placed centuries ago to serve as a beacon for pilgrims who sought shelter in the coldest and most hostile months of the year for walkers. Here the tradition invites us to record our step by pulling back to the cross a song that we can customize and that many pilgrims carry with them throughout the trip. 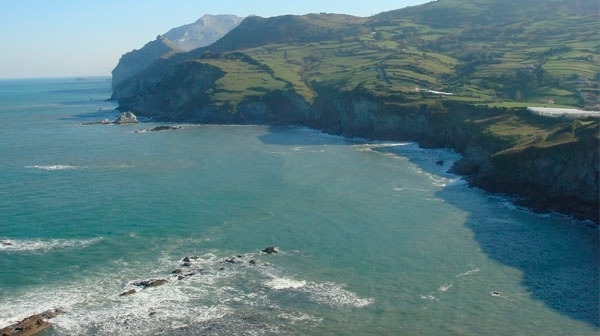 El Camino del Norte is one of the most demanding routes of the Jacobean route, but it certainly rewards the pilgrim with some of the most spectacular views of the Camino de Santiago. One of the main attractions of the route is walking on many occasions with the mountain on our left and with the Bay of Biscay just a few steps on our right.

In the section in which the pilgrim leaves the Basque Country to continue through Cantabria (concluding the stage in Castro Urdiales), we can live this experience bordering the coast and enjoying unique views of the Bay of Biscay. 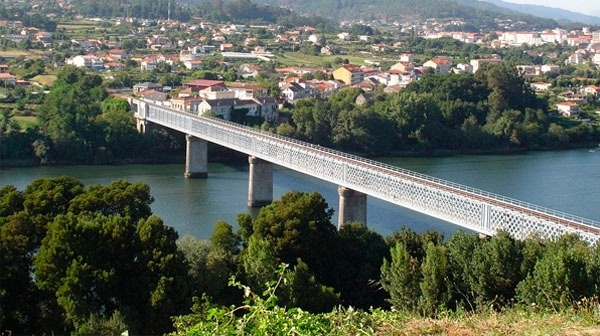 One of the most popular routes in recent years on the Camino de Santiago is without a doubt the Portuguese Way, which more and more pilgrims choose for their landscape quality and as an alternative to the usual French Way. One of its most special attractions is to leave behind the town of Valença do Miño, in Portugal, crossing the Tui International Bridge, which connects with this Pontevedra town.

The pilgrim will set foot on Spanish soil for the first time in Tui crossing a long bridge of almost 400 meters - inaugurated in 1886 - that joins the two banks of the Miño. 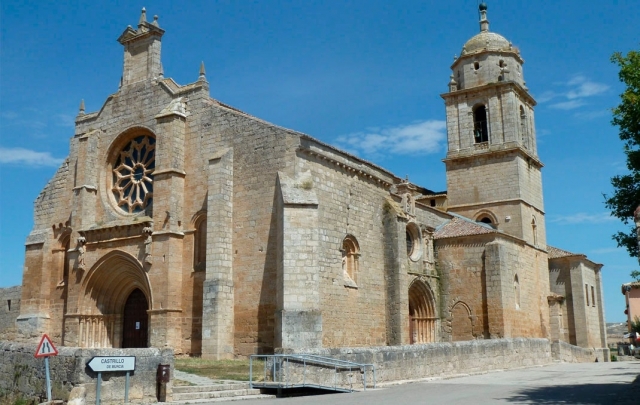 Undoubtedly, one of our favorite corners of the French Way is the Alto del Perdón, a hill with impressive views of the valley that surrounds it and which is accessed after an important climb in the stage Pamplona - Puente la Reina.

We will reach this viewpoint after climbing between fields of sunflowers and dozens of windmills, almost without breath, but the effort is worth it: above is the well-known monument to the pilgrims, one of the most immortalized places on the Camino de Santiago. 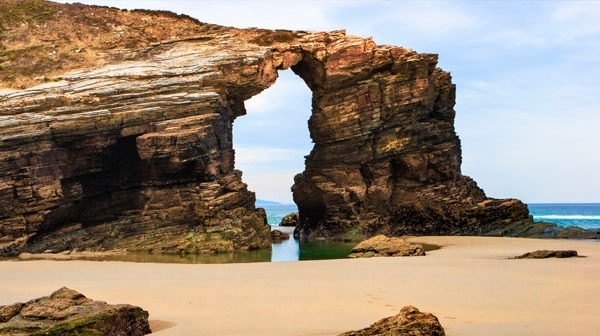 ➡️ Stroll along the Beach of the Cathedrals, in Ribadeo (Northern Way)

One of the main attractions of the Camino del Norte is to enjoy all the coastal scenery that awaits us from the Basque Country until we enter Galicia and the route is diverted towards the interior. Ahead, hundreds of kilometers with the Bay of Biscay by our side and many beaches to enjoy after long walks.

One of the most unique and well known is the Playa de las Catedrales, in Ribadeo, one of the most touristic spots in the area; On this beach you will find numerous stone formations in the form of arches, carved by the action of the sea, which result in a landscape of the most atypical. 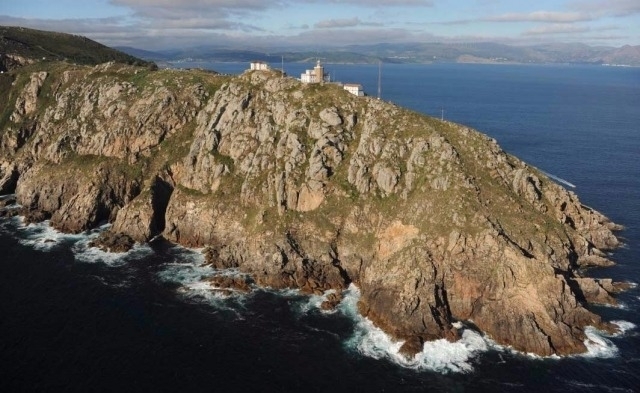 If your tour of the Camino de Santiago has known little and you can afford a couple of days after arriving in the city of Compostela, the advice that many will give you is to continue to Finisterre.
More and more pilgrims choose to continue walking to the Costa da Morte and reach the Atlantic, visit the imposing lighthouse and, if the fog allows us to enjoy a spectacular sunset at Cape Finisterre.