Variously members of the association, add to El Camino in order to assist those who suffer from autism. 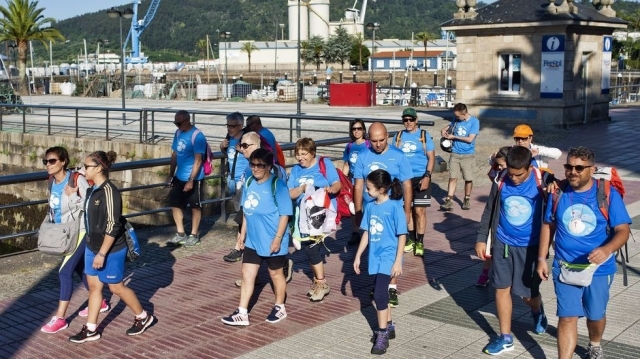 Several members of the Italian association Variously, in support of people with autism have begun their particular journey on the road. The beginning of the adventure began last Saturday in La Coruna, stage later move to Ferrol as the starting point of the trip with the intention of making the English Way.

Pierangelo Cappai, one of the members of the association, has joined the cause, and this is his second tour. "I think El Camino is magical, if you do it once you can never quit"; He explains Cappai, who a few years ago his joined the adventure with his son Federico, who suffers from autism spectrum disorder.

The Variously Association wants to show his journey, any kind of person, "can make El Camino, they have the right to do whatever he does anyone else. Also for other families living the same problem, to tell you that your children can do whatever they want "; explain. Currently, Diversamente has a total of one hundred families including children, adults and young people with autistic disorders are found in varying degrees. The association is is in Cagliari, Sardinia.