Hormaza is a small town of just over 100 inhabitants, just 25 km from the city of Burgos, which is one of the main stops for any pilgrim who travels the French Way and one of the most worthwhile to visit. The Church of San Esteban protomártir is, with permission of the ruins of the old castle, the main attraction of this small town of Burgos.

The origin of the temple is in the donation of land that Count García Fernandez made to the abbot of the old Monastery of Valeránica in 975, which two centuries later became part of the monastery of San Cristóbal de Ibeas. Although the church is a temple of Romanesque origin, most of it was rebuilt in a late Gothic style, during the Renaissance, between the late fifteenth and early sixteenth centuries.

The agricultural calendar of the main door.

The only Romanesque remains preserved in the temple is its main door, which makes it stand out from many other churches throughout Castile. It is a flared door, with four semicircular archivolts, decorated with various themes, ranging from animals and fantastic beings, such as lions and griffins, to an agricultural calendar that served to guide the common people in their tasks throughout the year and two representations of the Last Supper. The latter is probably the best known and is composed of scenes of daily life, indicating the tasks to be carried out at certain times of the year, such as the grape harvest in September or the slaughter in December.

In the rest of the building, the change of architectural style can be clearly observed in its system of star-shaped vaults and its luminosity, more typical of Gothic architecture. It also highlights a beautiful triptych of the Flemish school and a very well preserved table of the Virgin. Nowadays it conserves its parochial character. 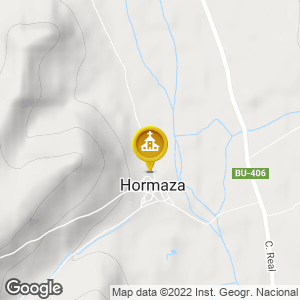