Guide to the Albergues on the Camino de Santiago: Everything you need to know

The hostels of the Camino de Santiago and the hospitaleros that are behind are fundamental pillars so that the Jacobean phenomenon works correctly every year. This is how they work. 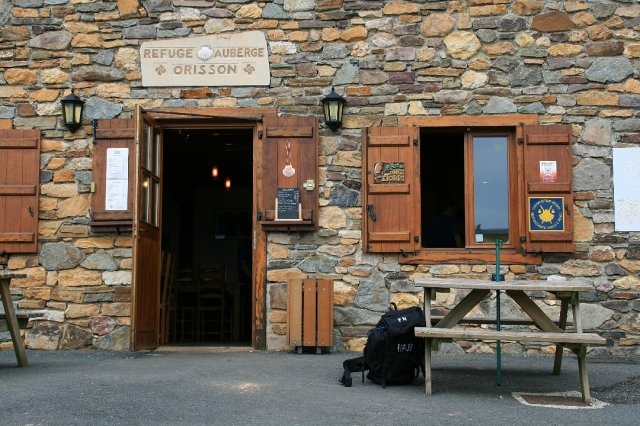 What are the hostels on the Camino de Santiago?

If this is the first time you are going to do the Camino de Santiago and you are starting to organize all the preparations for the trip, it is very likely that you have heard about the hostels of the Camino de Santiago. We are referring to both public and private lodgings, intended for the reception of pilgrims who travel the various pilgrimage routes to Santiago de Compostela.

The figure of the pilgrim's hostel on the Camino de Santiago, completely altruistic, is essential for travelers to regain strength by resting, showering to relieve the body and recharge your batteries before each hard stage with a good breakfast at popular prices.

Generally speaking, all the hostels on the Camino de Santiago consist of rooms with single beds and shared bathrooms. However, how they function will depend largely on whether they are private hostels or public accommodations.

Guide to accommodation on the Camino de Santiago

It should be noted that the accommodations on the Camino de Santiago are for the exclusive use of pilgrims traveling on foot, by bicycle or on horseback. It is for this simple reason that we must always present ourselves at the hostels with our pilgrim's credential deliberately filled in. Only in this way will we be able to prove that we are indeed pilgrims heading towards Santiago de Compostela.

The hostels of the Camino de Santiago have a series of rules and particularities of operation, so you should know each and every one of them before immersing yourself in the journey. It will also be necessary to take into account that it is only allowed to stay one night in these hostels (to make way for the pilgrims coming behind) except in case of illness.

In case you have made the decision to stay in one of the lodgings on the Camino de Santiago that you will find along the different pilgrimage routes, you will find the necessary information below.

How do the hostels of the Camino de Santiago work?

As we explained above, not all pilgrim hostels on the Camino de Santiago are the same and work in the same way. However, we can assume that it is possible to differentiate them into two groups: public and private management.

Public hostels are managed by public institutions such as the Xunta de Galicia, by town councils or even by neighborhood associations and are not for profit. However, and although it is optional, they require a small donation to cover the expenses incurred (cleaning or maintenance). Generally, it is not possible to reserve a place in public hostels; pilgrims are given a bed in strict order of arrival, with priority given to pilgrims on foot over pilgrims on bicycles, and these in turn over pilgrims traveling on horseback.

Unlike public hostels, in most private hostels on the Camino de Santiago it is possible to call in advance to reserve a place, which for many pilgrims is an insurance against unpleasant surprises at the end of the stage. While public accommodations are not for profit, in private hostels the price usually ranges between 10 and 12 euros.

Important considerations when staying in a hostel

In most hostels, public or private, you will find several types of services. Washing machine or dryer (for a small fee), internet connection, showers with hot water, toilets and spaces to wash and hang clothes and cook your own food. The above are the "most common minimum" services, but of course you will find hostels with more amenities, such as lockers, recreation areas, common areas for resting and chatting, etc.

When staying in a hostel you should have a respectful attitude towards other pilgrims and towards the volunteer hospitaleros/staff of the accommodation: it is not a hotel, so do not make too much noise when you go to bed and get up to leave in the morning, respect the rest hours and do not forget to take care and maintain the state of the facilities as if they were your own. Think that the next pilgrim who will use the toilets or showers may be you, so leave everything as you would like to find it.

One last piece of advice: be grateful and kind to the hospitaleros when arriving, living with them and when leaving; if all this continues to work it is thanks to their willingness to help and care for the pilgrim.

Albergues on the Camino de Santiago at different times of the year.

Although most of the hostels are open during the high season, the large number of pilgrims can cause their capacity to be insufficient. This happens especially in the towns closest to Santiago, when the pilgrimage routes join together. To avoid this, we can reserve a place in advance if we go to a private hostel, look for other possible alternatives beforehand or stay overnight in a hostel in a town close to the one that marks the stage.

In the case of the less frequented months, finding a fully booked hostel is not at all common, however we must keep in mind other possible problems. During the winter months, not all hostels are open, so before continuing the route, it is advisable to know other alternatives where you can rest depending on where you are.

Hostels on the Camino de Santiago according to the route

Hostels on the French Route

Hostels on the Northern Pilgrimage Route

Do you think we have left out something about the functioning of the hostels on the Pilgrims' Route to Santiago? Help us to improve with your contribution in the comments.