Along the Way of St. James there are some natural areas that you should not miss if you decide to walk it. 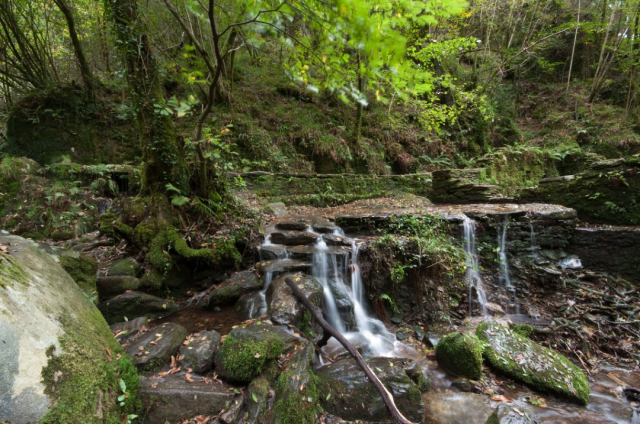 The Camino de Santiago is made up of routes that every year thousands of pilgrims from a large number of countries around the world travel. Regardless of universal beliefs and with the aim of reaching the remains of the apostle located in the Galician capital, throughout its history there are millions of anecdotes and magnificent experiences that are lived through the various routes.

Unlike other tourist activities, the adventure that leads us to Santiago de Compostela stands out mainly for the endless panoramic views and alternative routes that are discovered in each of the different stages. Magical places and hidden corners that, if it were not for being in the middle of this Jacobean phenomenon, would probably be known by a lucky few.

Natural areas worth visiting during the Way of St. James

Along the Way of St. James there are some natural areas that you should not miss if you decide to walk it. Galicia is popularly known in the Iberian Peninsula for being the cradle of multiple landscapes surrounded by green, brown and blue, which is why we have gathered up to five of the best places worth visiting. Undoubtedly, these are tourist attractions that will remain in your memory forever.

Between Quiroga and Monforte de Lemos is the Sil Canyon; the gorge carved by the river Sil itself. It is a canyon located in the area of the Ribeira Sacra in Galicia and that acts as a natural border between the provinces of Orense and Lugo. The charismatic attraction can be crossed by catamaran to fully enjoy the beautiful reflections of the landscape in the water, as well as the vineyards that grow along the slopes.

The Costa da Morte and the Cabo Villano lighthouse (the first electric lighthouse in Spain), is another of the spots in Galicia that cannot be missed if there is time. It is a coastal region that is located in the province of A Coruña and surrounds from Malpica to Cape Finisterre. As you can imagine, the Cantabrian coast is the main protagonist, with fantastic cliffs, beaches and a maritime spectacle that definitely conveys much of the magic of the autonomous community.

Entering the Fragas del Eume is like stepping into a fairy tale. Considered as one of the best preserved coastal Atlantic forests in Europe, its vast extension makes us get in touch with nature from the first moment. Among the wonders to be discovered in the place, there is the Eume river and the many secrets hidden in its skirt.

Separating the borders of Galicia, Castilla y León and Asturias, thousands of pilgrims have left their footprints on the kilometers of the ascents and descents of the Ancares. Mountains that test the skills and willpower of the people who visit them, but that undoubtedly offer a landscape like no other. From the top, the Ancares mountain range offers panoramic views that are hard to forget.

Beach of the Cathedrals

In case of pilgrimage to Santiago de Compostela, you can not miss a day reserved to step on the beach of the Cathedrals in Ribadeo. It is popularly known around the world and is one of the favorite tourist destinations for pilgrims, because thanks to the constant contact with the sea currents, the stones have a unique shape. It has been recognized as the fourth best beach in Europe, and if you visit it you will discover that it is not for nothing.