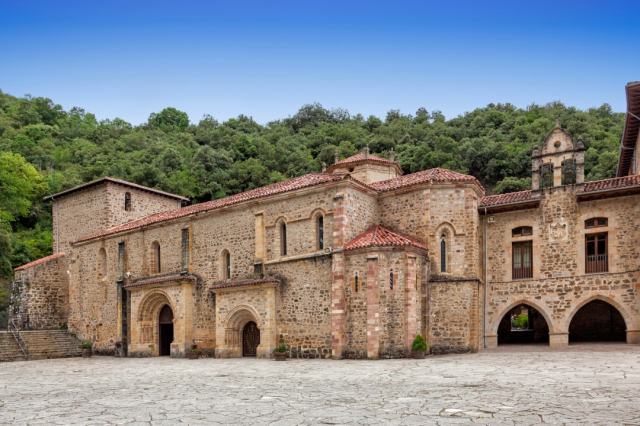 Following the Camino Lebaniego, you will arrive at the Liébana Monastery, also known as the Santo Toribio de Liébana monastery. This construction dating from the thirteenth century and the eighteenth century, belongs to the classic Gothic and Baroque style. The monastery has two entrance doors on the south facade. The main one, known as the Puerta del Perdón, was built during the XV-XVI centuries, and has three archivolts with simple decoration and columns with rough capitals.

Inside it has ribbed vaults with pointed arches that are supported by the cruciform pillars. On the outside, the Gothic-style windows open into the nave walls and the apses. As for the monumental sculpture, the scenes from the life of Santo Toribio stand out in the capitals of the central apse.

On August 11, 1953, it was declared a National Monument. The monastery houses works by Beato de Liébana, such as a relic of the Lignum Crucis, the largest known piece of the cross on which Jesus Christ died. The Puerta del Perdón is opened every Lebaniego Jubilee Year to receive pilgrims, since together with Jerusalem, Rome, Santiago de Compostela and Caravaca de la Cruz, it is one of the holy places of Christianity.

The only construction that remains of interest is the church, because the rest of the complex suffered notable alterations in the middle of this century. The church has a rectangular plan with three naves, the central one is wider and taller, with the transept at the same height as said central nave. Along with the building are also the Holy Cave, in a pre-Romanesque style, the ruins of the Sanctuary of Santa Catalina, the Hermitage of San Juan de la Casería and the Hermitage of San Miguel.

The weather in Camaleño (Liébana) 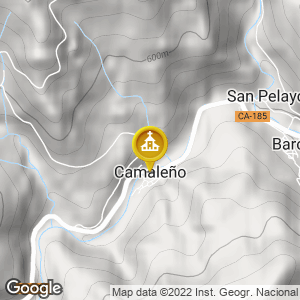