The most beautiful bridges of the Camino de Santiago

Some of the bridges of the Camino de Santiago are beautiful architectural monuments, not only to visit, but also to know its peculiar history. 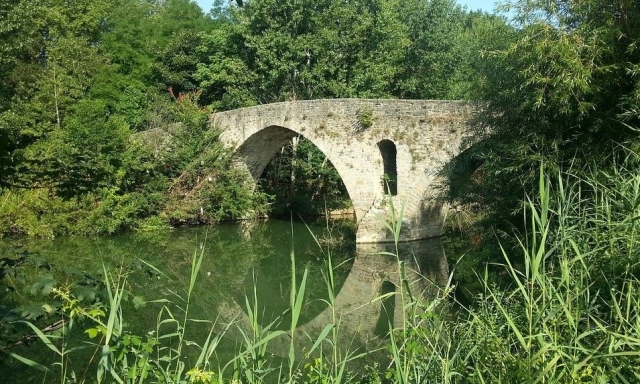 The Camino de Santiago is a fantastic adventure to explore some locations in Spain and enrich ourselves with our culture and our heritage. Any of its paths will take us through cozy municipalities that will help us discover an exceptional gastronomy, an extensive and rich history, as well as the best landscapes in the world. Also beautiful architectural elements. A great example is the most beautiful bridges of the Camino de Santiago, of which we wanted to pick up some in this article.

The different routes of the Camino cross the river of many locations, so bridge lovers should know that in their adventure they will be able to marvel at some of the best bridges, all of them of different styles and centuries of construction. These are just a few examples of road bridges, but there are dozens of interesting bridges to know and visit. 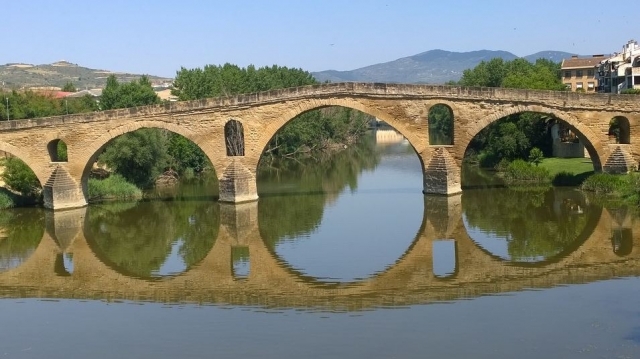 Without a doubt we have to start with the best known and most famous, Puente la Reina, located in the municipality of the same name belonging to the Foral Community of Navarra. Being one of the most important municipalities of the Camino de Santiago, since two routes from France arrive, the pilgrims will go through these wonders of the 12th century. Located on the Arga River, this Romanesque bridge measures 110 meters, has 7 semicircular arches and is supported by 5 beautiful pillars. It is a key point of the French Way to Santiago, one of its first wonders in Spain. 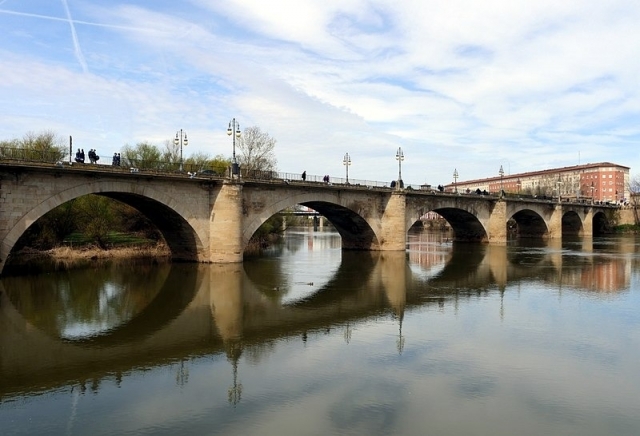 Perhaps commonly known as the Logroño Stone Bridge, it is one of the most famous in the community of La Rioja with 198 meters long. Located on the Ebro river, the widest and mightiest river, it is the entrance of the Camino to the city, being very important for its history and the expansion of Logroño. It is not known when the original construction of the bridge in this area was, but until the 19th century an old 12-arch bridge survived. However, the one of now is a reconstruction of the engineer Fermín Manso de Zúñiga with 7 arches, completed in 1884. The greater amplitude of the arches allowed to pass more water and better resist the floods that had previously destroyed it. 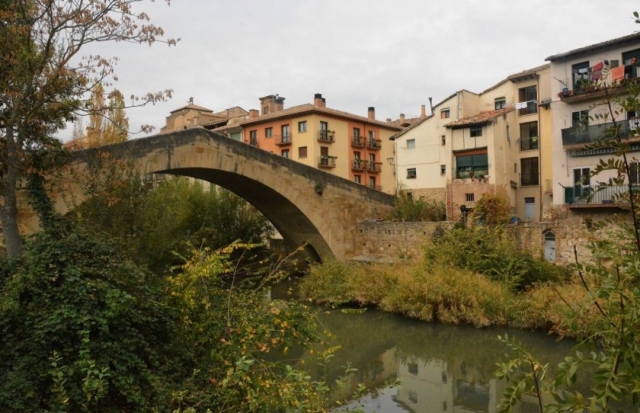 We leave Logroño and the Stone Bridge to focus on the so-called Jail Bridge. His name does not accompany the interest of the pilgrims too much ... "Puente de la Jail" is not a very pretty name, however, behind it lies a beautiful construction that is worth knowing. Crossing the river Ega in the municipality of Estella, in Navarra, we will find this bridge that is also known by locals as Picudo Bridge. Originally from the 12th century, although rebuilt in 1873 respecting its structure, it stands out for its triangular shape. Being only an arch of great proportions, the Way inside has a fairly steep rise, which gives it this shape.

Bridge of the Honorable Pass 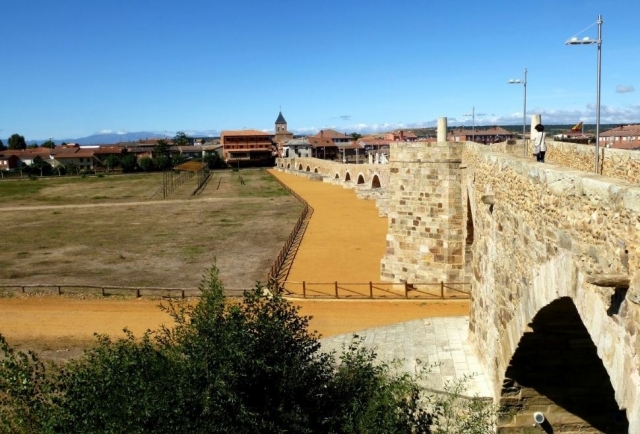 Undoubtedly one of the most spectacular on the Leon Road, being totally recommended even for those who are not doing the Camino de Santiago. This 13th-century medieval bridge crosses the Órbigo River as it passes through the Hospital de Órbigo municipality, and is located next to the church of San Juan. Its profile is impressive, since it has a whopping 19 arches of different sizes; In the past its flow was much higher but this was greatly reduced when the Barrios de Luna reservoir was built. The old Roman road that ran from León to Astorga passed along this bridge. 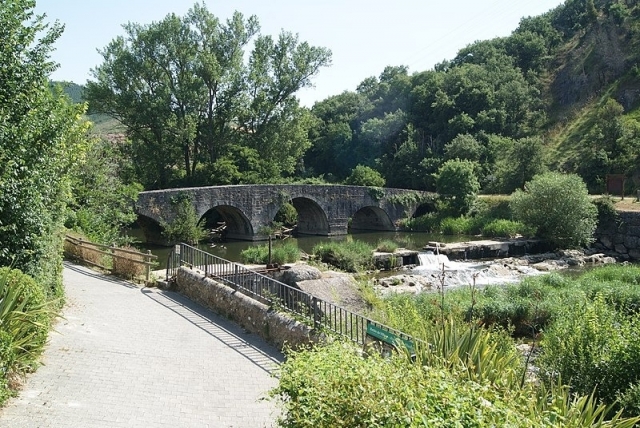 As it passes through Navarra, the Camino leaves us another magnificent picture related to medieval bridges. In this case we talk about the Trinity Bridge, which crosses the Ultzama River in the municipality of Arre. Next to him the 12th century basilica and a pilgrim hostel on the road to Santiago. Of Romanesque origin, it is a bridge of 6 arches, although the 4 central ones are the most visible, restored for the last time in 1963. When the flow is sufficient, a beautiful waterfall can also be seen in its path, which will amaze the pilgrims. It has a length of 55 meters and more than 5 meters wide. 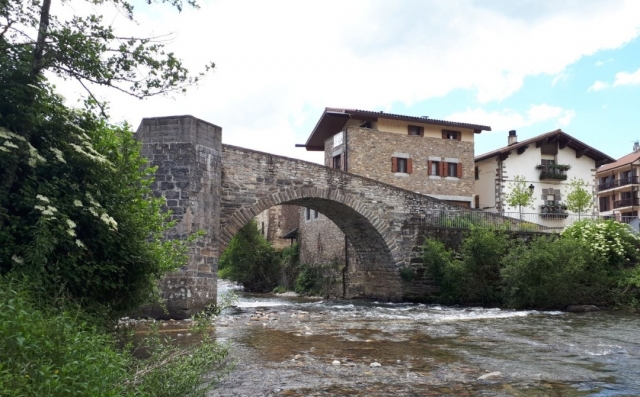 Another one of those bridges with a rather peculiar name, the Rabies Bridge in the Navarran town of Zubiri. Pilgrims will meet this step on the Arga River on the French Way at the height of Zubiri, giving access to the population from Roncesvalles. Zubiri literally means "the bridge town" in Basque. Without being the most spectacular on the Camino, it is a traditionally important point in the pilgrimage because of its location. Legend has it that an animal affected by rabies could be cured by crossing the bridge, specifically by going through its central pillar three times. For this reason it has its peculiar name. 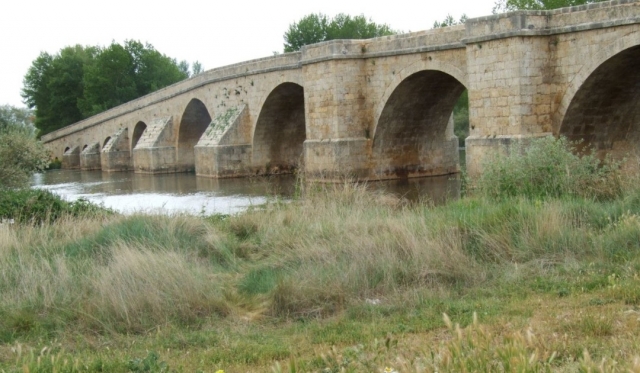 The Itero Bridge is also known in the area as the Fitero or Ponteroso Bridge, being located on the Camino de Santiago between the towns of Itero de la Vega and Itero del Castillo. Located on the Pisuerga River and linking the provinces of Burgos and Palencia, its original construction dates back to the 11th century, although it was remodeled in the 17th century. The reconstruction respected its original Romanesque finish, with a fantastic 11 arches. A long and beautiful bridge near the pilgrim hostel of the old Hermitage of San Nicolás.