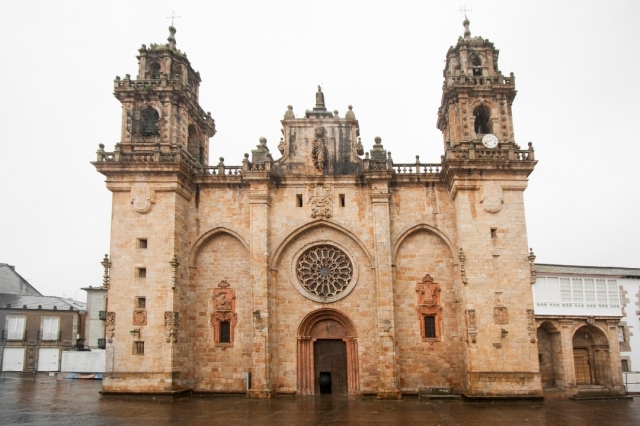 Making the Camino del Norte, is the beautiful cathedral of Mondoñedo. Located in the town of Mondoñedo, Lugo. This construction is together with the Ferrol co-cathedral, one of the episcopal seats of the Mondoñedo diocese, Ferrol. Its construction began in 1219 and it was consecrated in 1248 by Bishop Martín.

One of the peculiarities of this cathedral is its perfect proportions and its low height, which is why it is nicknamed the ''kneeling cathedral''. Furthermore, it was declared a National Monument in 1902. This rectangular-plan cathedral is made of granite masonry and covered with slate. On its facade is the figure of San Rosendo Obispo, patron of Mondoñedo.

A harmony of architectural styles

It has a mixture of styles: Romanesque, Gothic and Baroque. With Romanesque bases, this style can be seen in the main door and the apse. While the transept, the rose window on the western facade and the sacristy are Gothic. Also worthy of special attention are the Gothic paintings of the central nave, which narrate the De ’Cut of the Innocents’ ’.

Its interior houses many treasures, such as a Cathedral and Diocesan Museum founded in 1969, which has works of art of a religious nature. A rococo main altarpiece, a choir, organs and a classical cloister, renovated in the 17th century. In the chapel the image of the 16th century English Virgin is venerated, which was brought from London when the Western Schism took place. 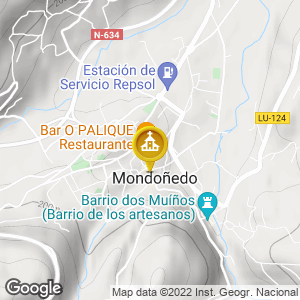