Obanos has less that a thousand inhabitants (this figure is multiplied during the summer), however, unlike many other similar sized towns its streets exude life beyond the Camino of Santiago. 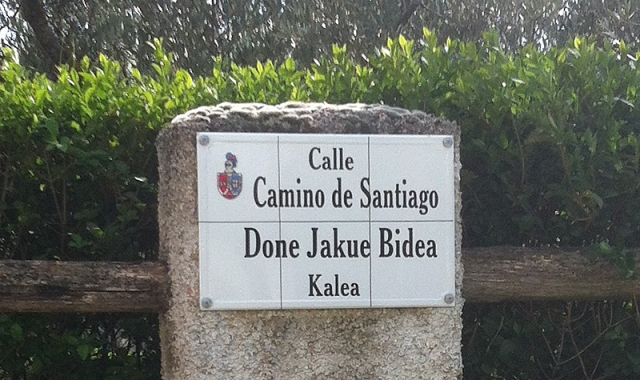 It is common for pilgrims to encounter lots of children playing on the swings in the park of the Citadel and the locals enjoying the wonderful wines of the area while playing a challenging game of Mus, a popular card game, one of the favourite pastimes of the area along with pelota Vasca.

In Obanos the Church of San Juan Bautista is notable, of gothic style, built in 1912 constructed using the remains of an old Gothic church, which once stood on the same site.

Despite its proximity to Puente la Reina, Obanos has many services, such as a health centre, a chemist, ATM, a library with internet access, small shops like the Autoservicio Jose Mari (drinks machine at the entrance) and Alimentación Nieves, a bakery, bars and the restaurants Ibarberoa, with daily menu at 9.50 euros. In Obanos the private albergue USDA is located. As alternatives for the night there are the holiday apartments Raichu and Hostal Rural Mamertu.

The mystery of Obanos Legend has it that Princess Felicia of Aquitaine, in order to delay her wedding, arranged by her father, undertook a pilgrimage to Santiago de Compostela. On her return, she decided to settle in Obanos and worked as a servant in a noble house in the area. Her father, upon her delay, sent his son Guillen in her search. Guillen, on discovering what was working as, went out of his mind with rage, killing Felicia by plunging a dagger in her heart.

Repentant, Guillen made ​​his way to Santiago as a pilgrim. On his return, he retired to the nearby shrine of Arnotegi to assist pilgrims until his last days. In even years, during the week of July 25th, from Saturday to Saturday, they host a spectacular play in the village square in which more than 500 actors, both professional and villagers partake. During the XIII century, the town of Obanos held many of the meetings of Boards of The Noblemen. Middle and lower nobility of that time, clergy and gentry partnered a democratic organization to protect the rights against abuses of the monarchy in the form of taxes.

The motto Pro libertate patria gens libera state (In favour of freedom of the homeland the people will be free) was coined by the noblemen in the palace of Navarre in Pamplona.

Distance from the Camino de Santiago from Obanos

If you are traveling on the Camino de Santiago or are planning to do so soon, you should know that the distance separating Obanos from Santiago de Compostela is 687 kilometers. 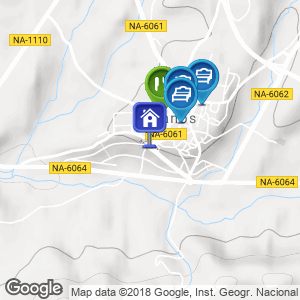