The urban centre of Pedrouzo in the parish of Arca and the capital of the council of O Pino (on occasions the administrative distinction of Galicia can lead to confusion for pilgrims), has been considered, in recent years and alongside Monte do Gozo, to be an end of stage for walkers before their imminent arrival to Santiago. 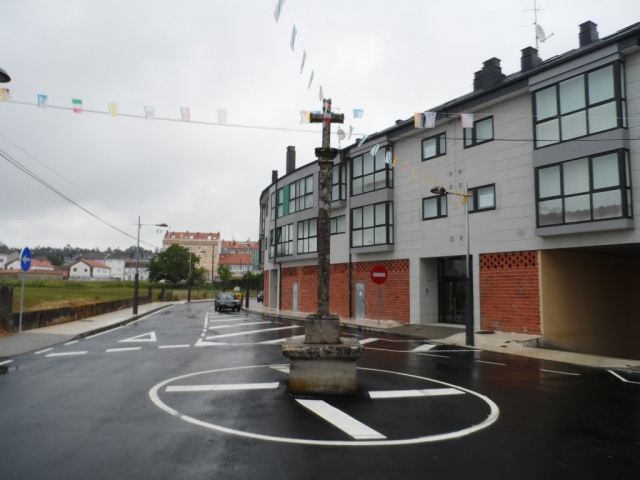 Despite the Camino not passing directly through the urban centre of Pedrouzo, it does border around it and, for this reason, coupled with the fact that it is situated at an ideal distance from compostela, (18 kilometres) many pilgrims choose to deviate less than one kilometre from the route to rest and eat in this location.

From this location only four hours remain on the journey to Santiago. The enclave, the capital of a farming parish, offers all kinds of services.

What to see in O Pedrouzo? Heritage and monuments

O Pedrouzo is not only a place of passage, but also has its own heritage that makes it relevant for the pilgrims who end up there. your stage. Although it is relegated by the proximity and spectacular nature of Santiago, we must not downplay the historical legacy that we can find in O Pedrouzo.

O Pedrouzo celebrates the festivities of San Pedro, on June 29. A popular pilgrimage is organized in the hermitage of Santa Irene, which is lived accompanied by the whole town with the typical events of the patron saint festivities. These days, in O Pedrouzo we can see festivals and orchestras, and accompany it with traditional Galician cuisine

However, there is a celebration that makes O Pedrouzo famous, and it is the Feast of the Rooster and Horse Show. It is celebrated on the first Sunday of August, with a Celtic fair, equine exhibitions and exhibitions of roosters and hens of the Piñeira breed. This weekend there will be 10,000 people in O Pedrouzo, which far exceeds the 500 registered inhabitants of the town.

How to get to O Pedrouzo? Main connections

Given the proximity of O Pedrouzo to Compostela, there are good communications between the Galician capital and this town. To access it by car we have to take the N-547 (Lugo-Santiago), but there are also bus routes that take us there. from Santiago.

Where to sleep in O Pedrouzo

Despite its small population, in O Pedrouzo we find many hostels and other alternative accommodation. It is understandable, since it is the last stage before reaching Santiago and it is where the pilgrims of the Primitive Way and the French Way converge. Although there is so much variety, in the high season months it is a very busy town and the squares fill up.

The last big stop before reaching Compostela is in O Pedrouzo. Whether we come from the Primitive Way or the French Way, we will pass through here, since both routes join a few stages back.

It is a pity that this stage does not have an attractive route, because it has been altered due to recent constructions such as the Lavacolla airport. Even so, there are beautiful sections before reaching the climb to Monte do Gozo, which gives us the first views of the towers of the Cathedral.

Distance from the Camino de Santiago from Pedrouzo

If you are traveling on the Camino de Santiago or are planning to do so soon, you should know that the distance separating Pedrouzo from Santiago de Compostela is 21 kilometers. 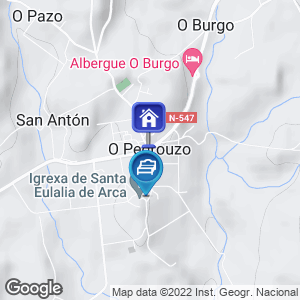